David has over 20 years’ experience in the aviation industry and has played a crucial part in developing the ASM business. He joined ASM in 1998 and later transferred to Routes, ASM’s sister company. Following UBM’s purchase of ASM and Routes in 2010, David led the integration of the two companies into the new organization. He decided to return to ASM in 2013 to help shape ASM’s future direction. David previously worked for BAE Systems, Manchester Airport and London City Airport. 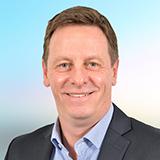