He started his journalism career in 1992 as a freelance writer for Sueddeutsche Zeitung, Germany’s largest daily national newspaper and soon specialised in air transport. Jens joined Aviation Week and Aviation Daily in 2000 as one of the European correspondents. Later his role was expanded to cover international air transport. In 2013 he was named Managing Editor Commercial.

Jens frequently appears on radio and TV to comment on industry matters. In 2003, he received the Hugo Junkers Award of the German aviation press for his coverage of Fairchild Dornier’s bankruptcy. He was named the country’s top travel and air transport writer by the Travel Industry Club three times. Jens graduated from the Munich School of Journalism.

By Jens Flottau May 12, 2022
A Tibet Airlines Airbus A319 was severely damaged during a runway excursion May 12 at Chongqing-Jiangbei International Airport.
Safety, Ops & Regulation 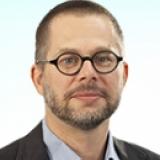