A Closer Look At Stealth, Part 4: Counterstealth Radars At Zhuhai 2016 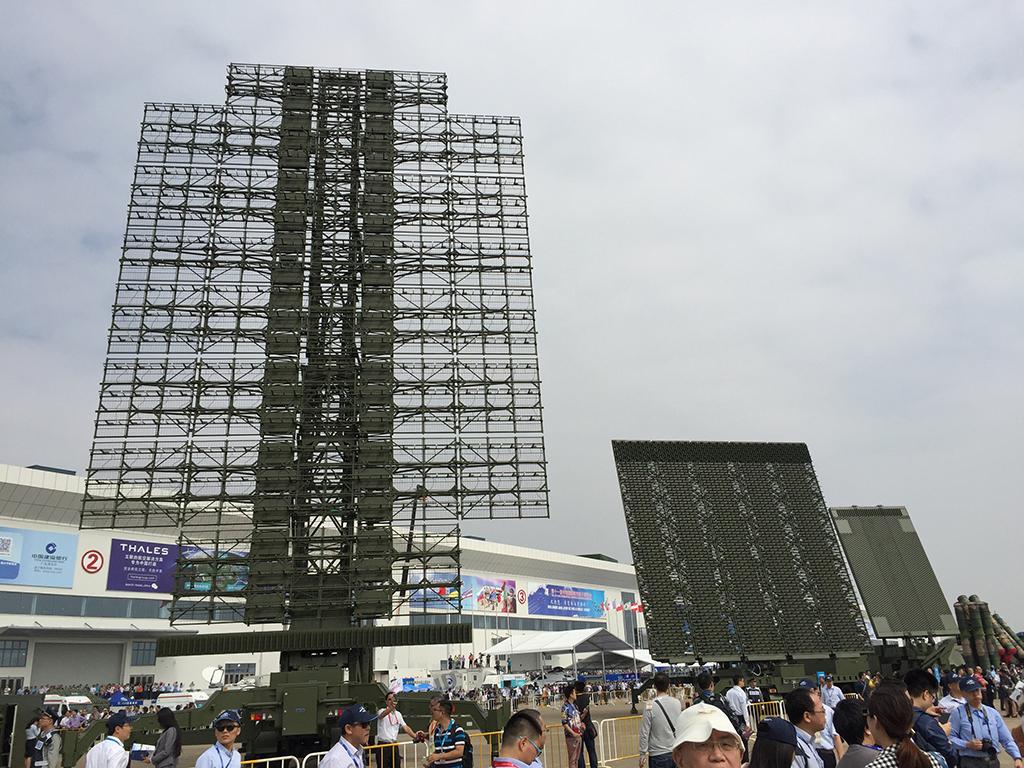 CETC displayed three large, low-frequency radars produced by its Nanjing Research Institute of Electronic Technology (NRIET). Front left to right, these were the VHF-band JY-27A, the UHF-band YLC-8B and the L-band SLC-7. 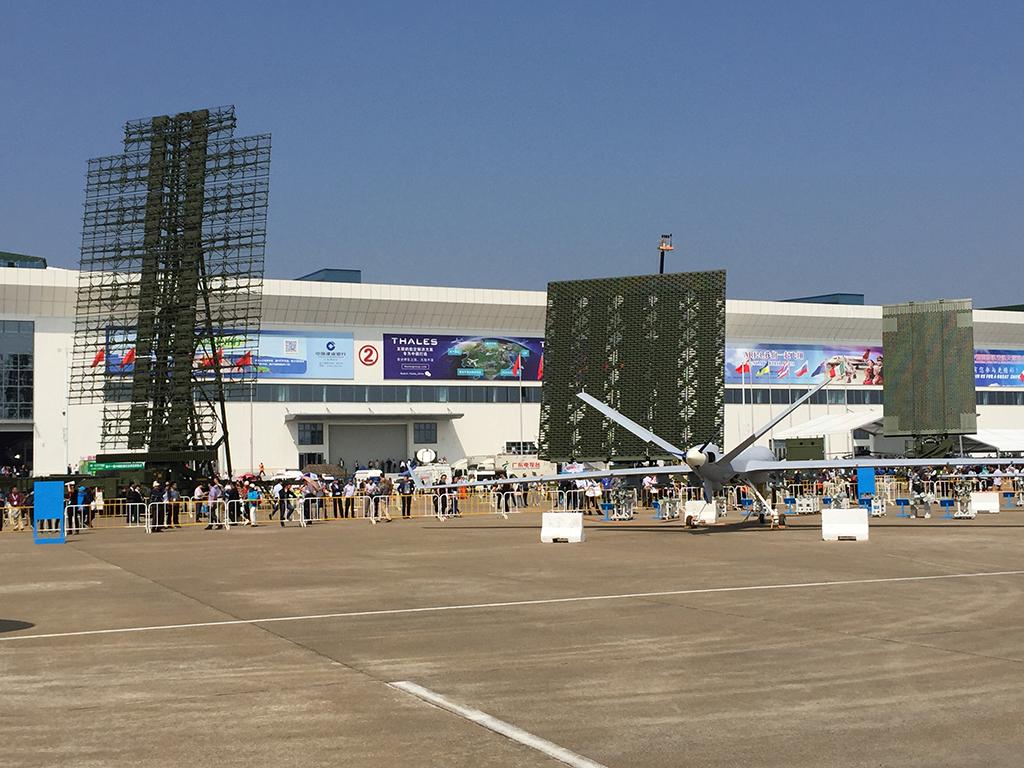 This side view provides a better size comparison for the three CETC low-frequency radars that were on display. Again, from left to right, the VHF-band JY-27A, the UHF-band YLC-8B and the L-band SLC-7. 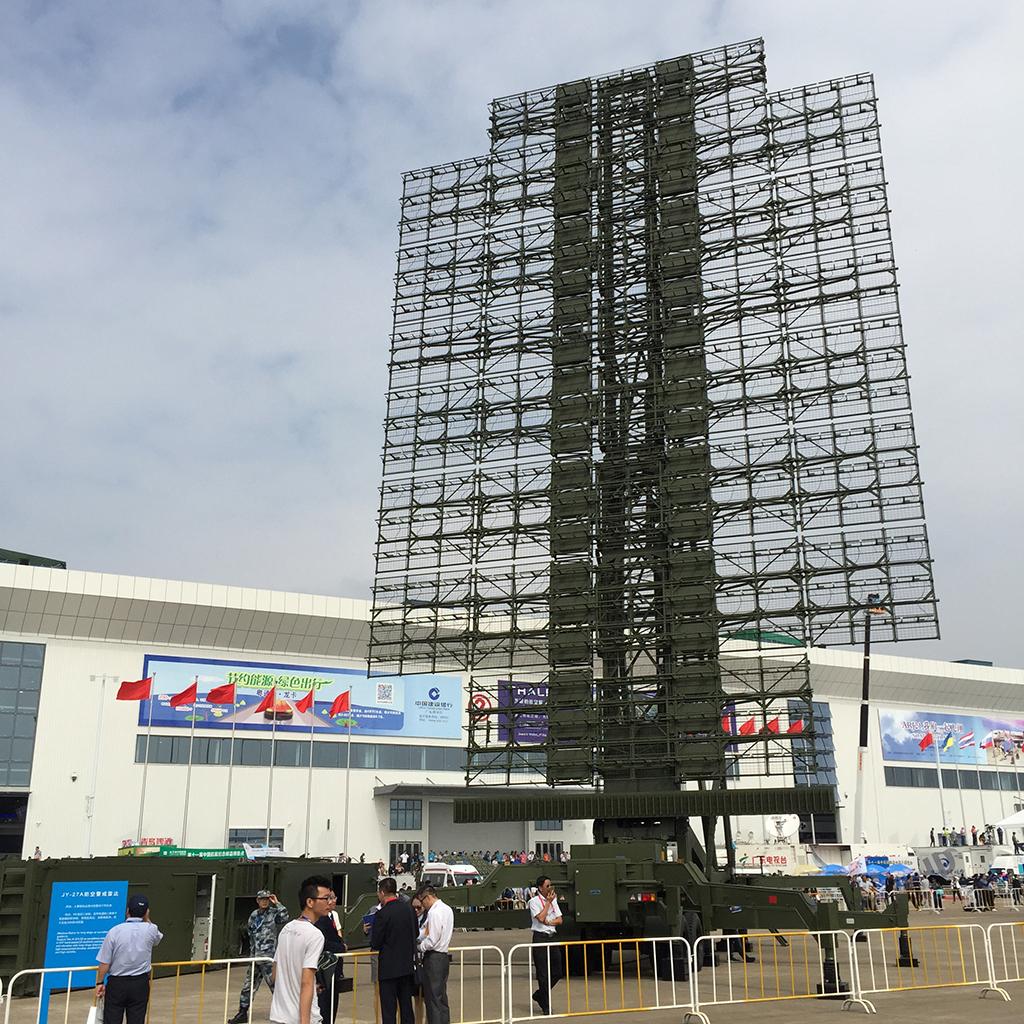 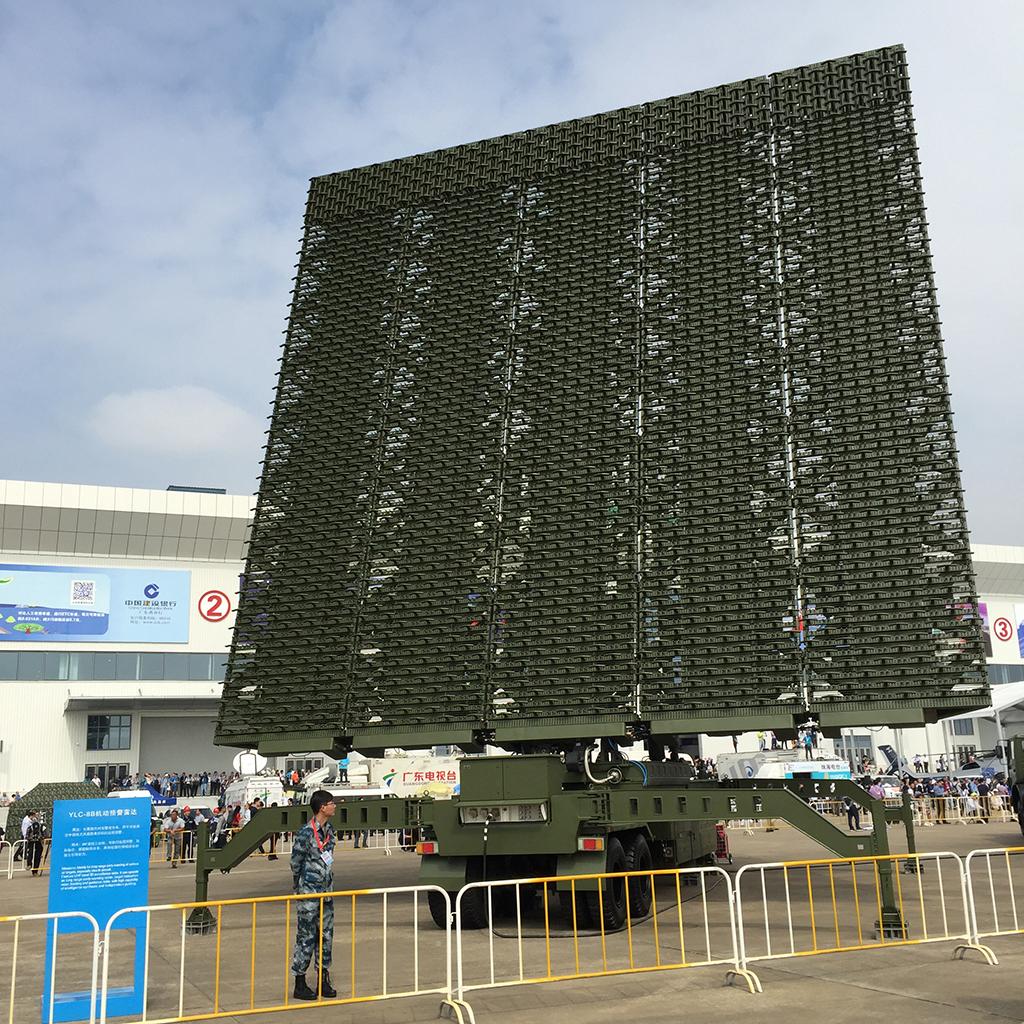 CETC’s UHF-band YLC-8B uses an array of approximately 1,800 swept dipoles, staggered horizontally. The array scans electronically in azimuth and elevation and rotates mechanically for 360-deg. coverage. Data distributed by NRIET, which designed the system for CETC, say it can detect America’s stealthy F-22 at 215 mi. and China’s own JH-7 conventional fighter at 340 mi. 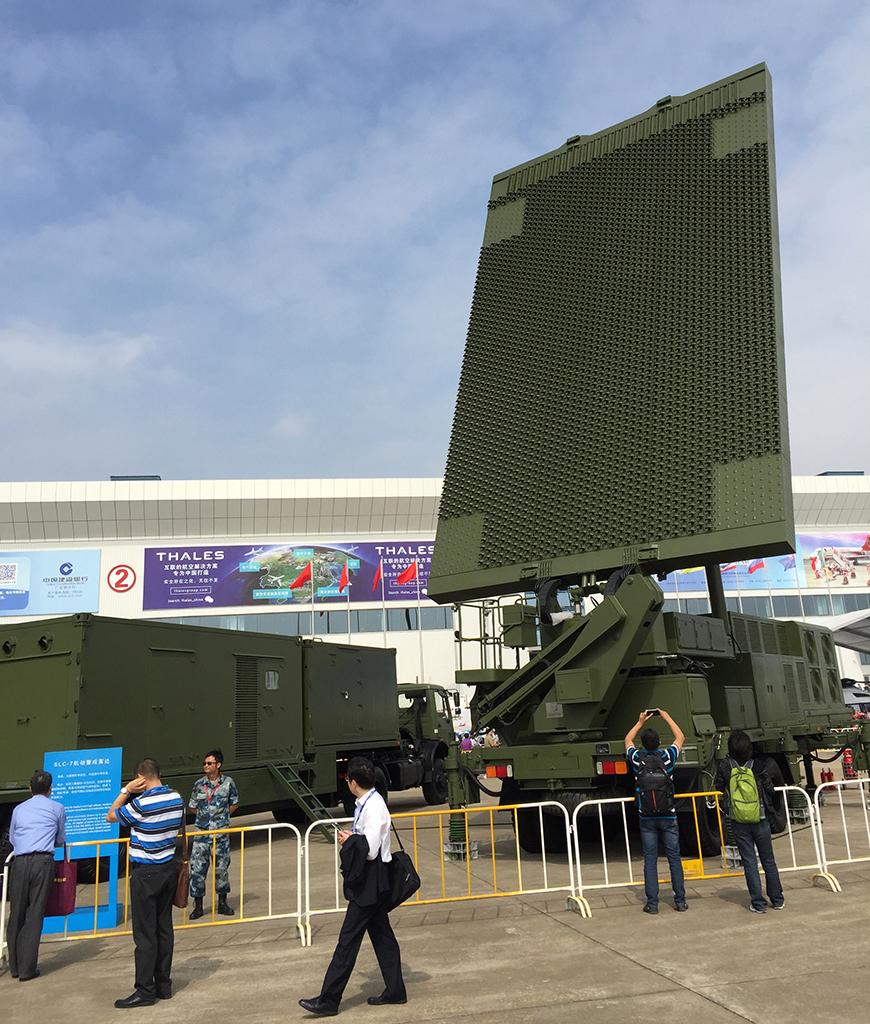 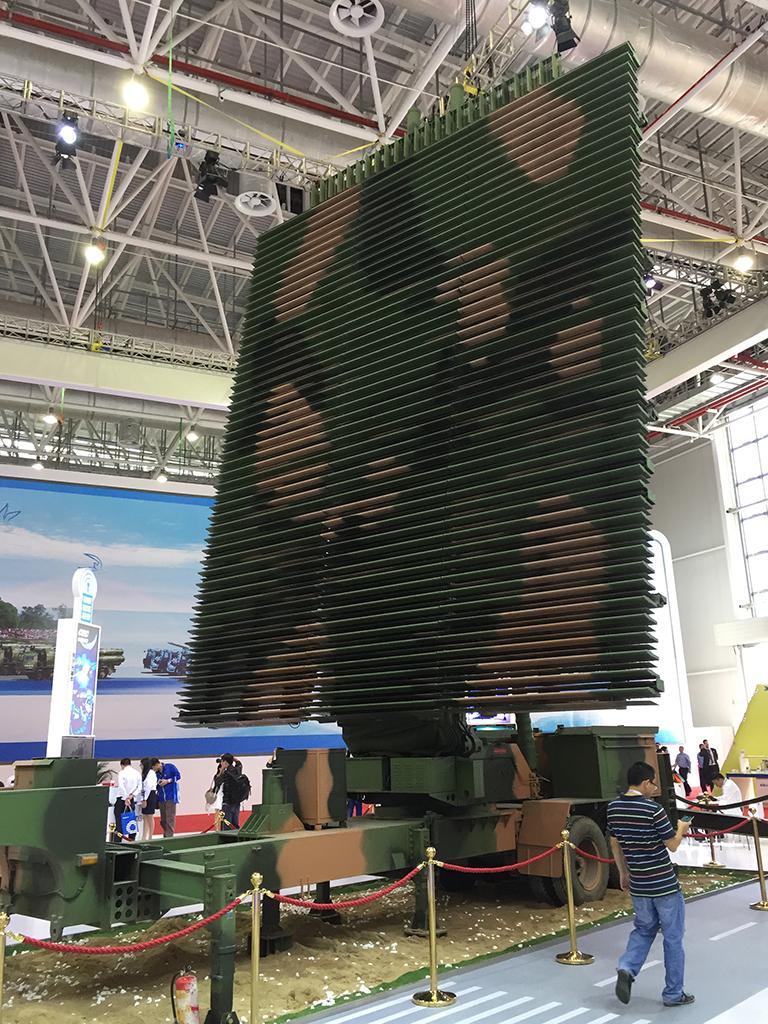 Inside one of the halls at the air show, the China Electronics Corp. (CEC) displayed its REL-4, an L-band radar the company says is capable of detecting stealthy aircraft at significant ranges. 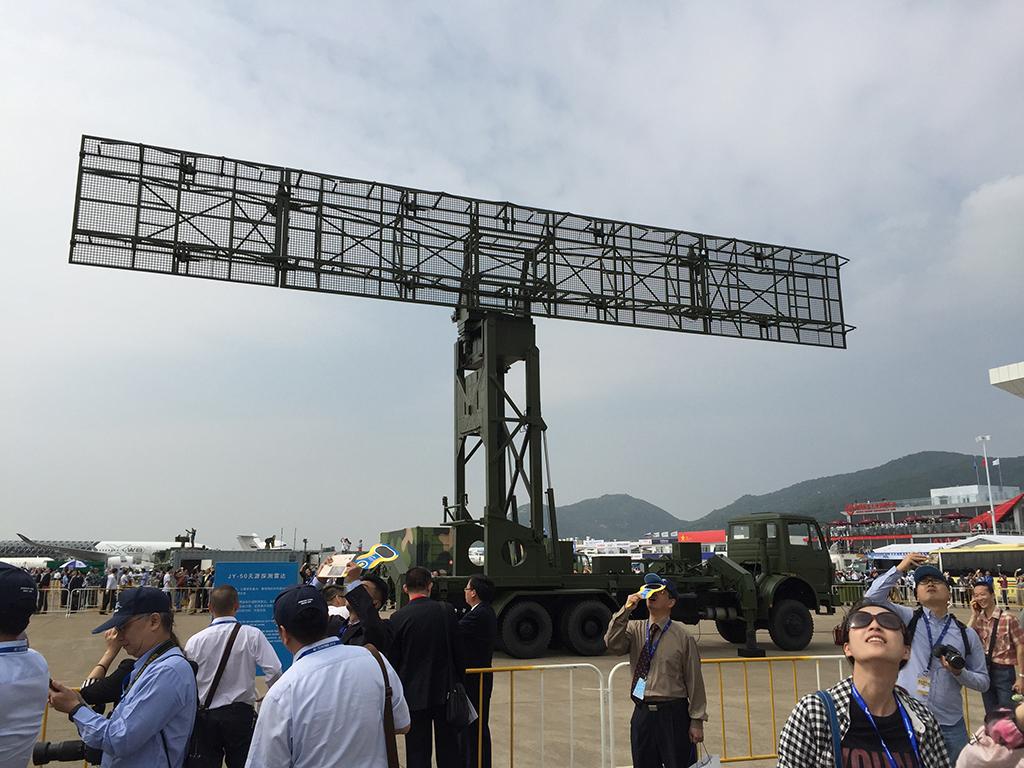 CETC displayed its JY-50 VHF-band, passive 2-D radar next to its three large, low-frequency active radars. Consisting of two rows of 12 inverted V elements atop a truck, the system relies on detecting ambient radio waves after they reflect off of aircraft, rather than detecting radio waves it emitted itself. This passive operation means it cannot be detected by enemy electronic listening systems and its small size likely enables greater mobility than the large array active, low-frequency radars. However, it cannot determine target altitude, likely exhibits poor accuracy in azimuth and range and is still detectable by adversary ground surveillance radars. 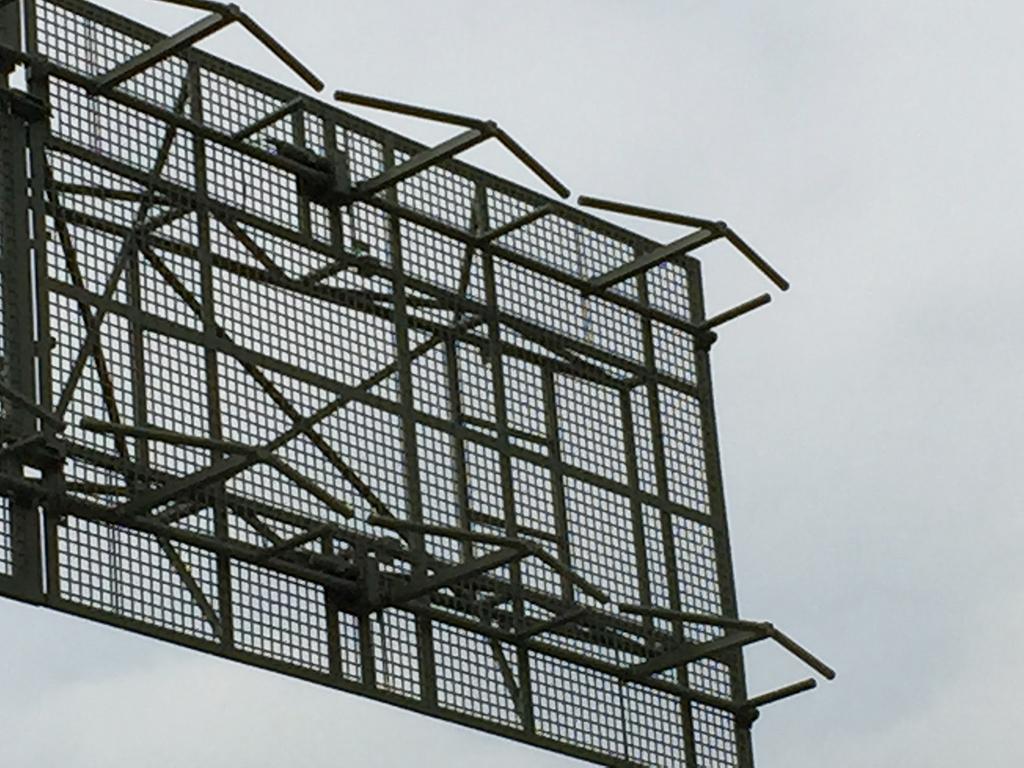 This angle provides a better look at the receiver elements employed by CETC’s JY-50 passive radar. 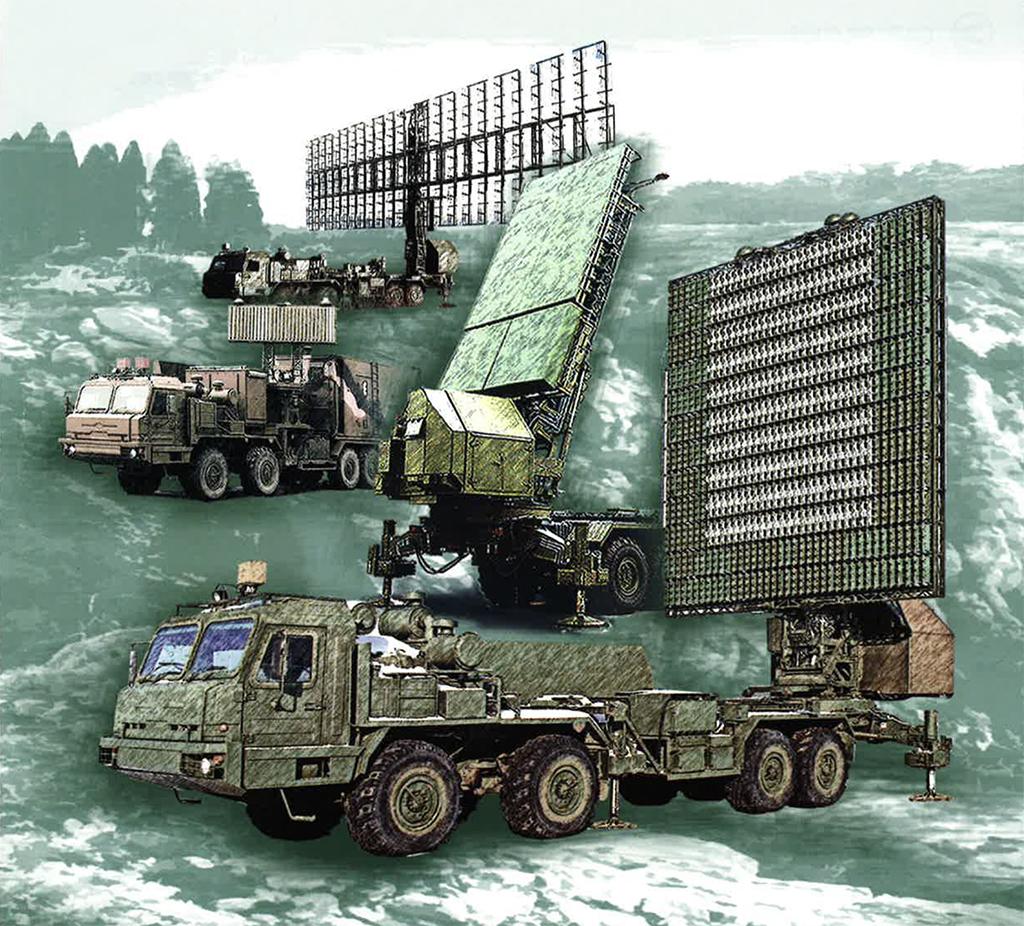 Almaz-Antey’s 55Zh6ME “Nebo-M,” designed by the Nizhny Novgorod Research Institute of Radio Engineering (NNiiRT), pictured in this illustration from the company’s product card was introduced in the late 2000s and is currently the most accurate counterstealth radar system available. It uses three radars operating in different bands on separate vehicles: VHF-band (farthest in the illustration), L-band (nearest) and S-band (middle). 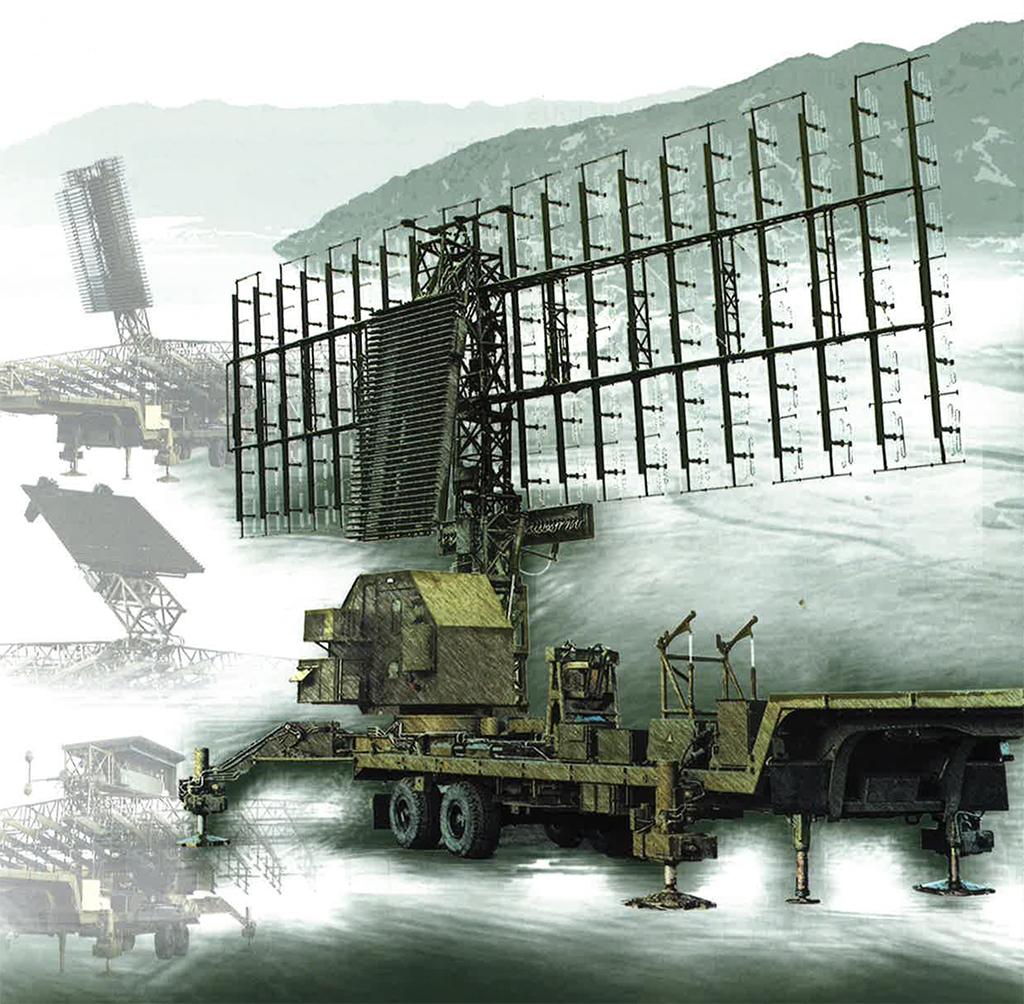 Depicted in this product card illustration is Almaz-Antey’s 55Zh6UME, designed by NNiiRT. The system mounts a VHF-band AESA on the same trailer as an L-band slotted waveguide antenna, to provide better elevation accuracy with a single vehicle that earlier VHF-band radars. 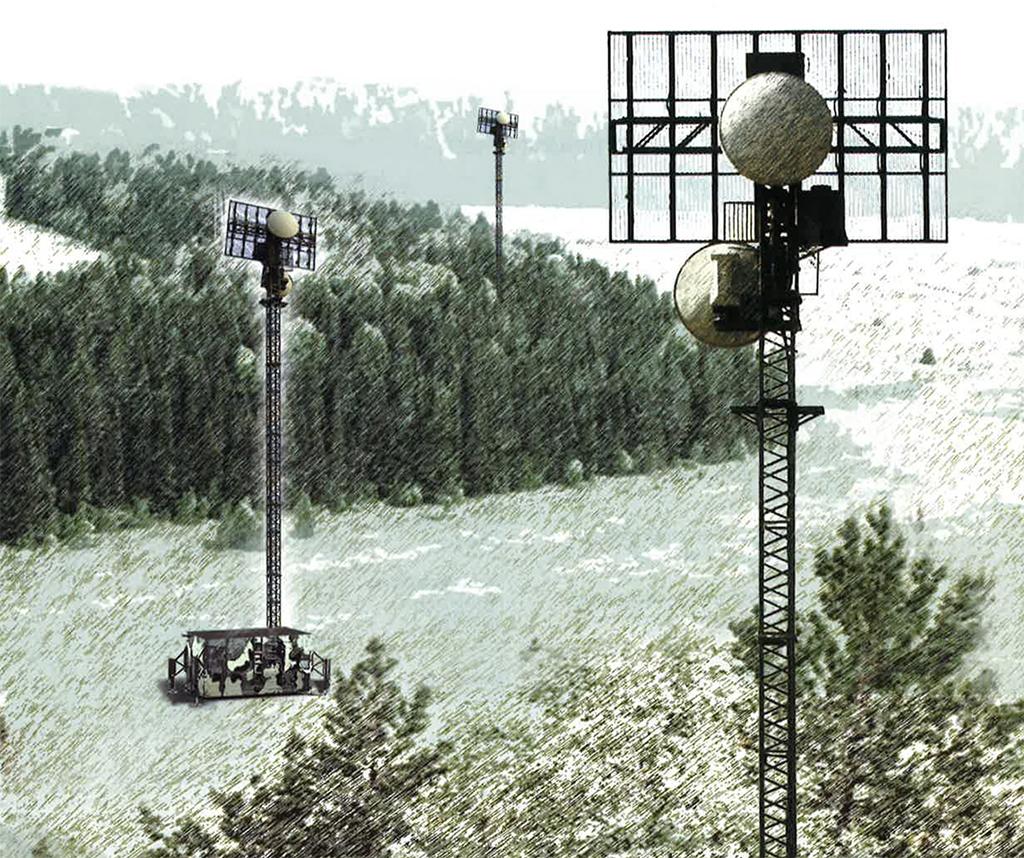 Pictured in this product card illustration is Almaz-Antey’s Barrier-E radar “fence,” designed by NNiiRT. These L-band transmit/receive towers are placed opposite each other across spans of up to 30 mi. to detect aircraft passing between them at altitudes from 100-23,000 ft. The towers operate in a bistatic, forward-scattering manner, in which each tower receives radar waves emitted by the opposite tower after they reflect off of the target.

Airshow China 2016, which took place in November in Zhuhai, served as an exhibition for the country’s most advanced defense technology, including the strides it is making in counterstealth technology. Along the flight-line, the China Electronics Technology Group Corp. (CETC) displayed three large low-frequency radars—the VHF-band JY-27A, UHF-band YLC-8B and L-band SLC-7—along with its passive 2-D radar, the JY-50. Inside the halls, the China Electronics Corp. (CEC) displayed its own large L-band radar, the REL-4. While Russia’s Almaz-Antey did not bring any hardware to the show, the company was on site to promote the counterstealth systems developed by its Nizhny Novgorod Research Institute of Radio Engineering (NNiiRT). These included: the tri-band, self-propelled multivehicle radar system, the 55Zh6ME “Nebo-M;” the single-vehicle, towed, two-band radar system, the 55Zh6UME; and its forward-scatter, bistatic, multispan radar “fence,” the Barrier-E.

Read the State of Stealth series:

Part 7: The Future Of Survivability

Part 5: The Physics and Techniques of Infrared Stealth

Part 4: State Of Counterstealth Technology On Display At Airshow China

Part 3: The 'Magic' Behind Radar-Absorbing Materials For Stealthy Aircraft