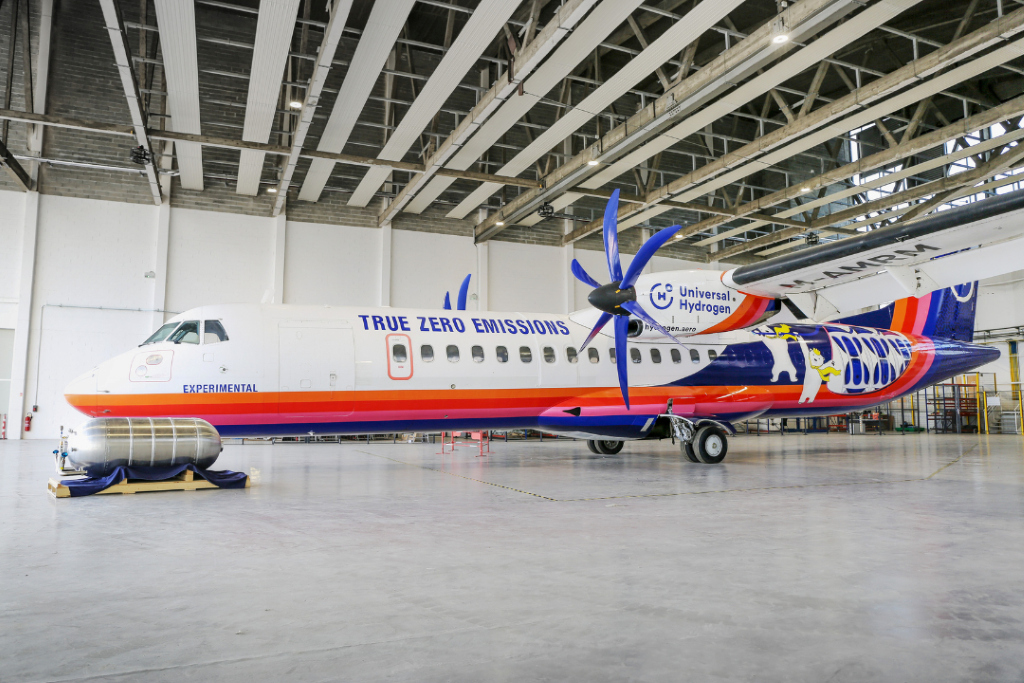 Universal Hydrogen has inaugurated its European engineering design center and headquarters at Toulouse-Blagnac Airport and displayed the ATR 72-500 regional turboprop it is using to develop its hydrogen-electric propulsion retrofit kit.

Australia’s Brisbane Airport (BNE) committed to becoming net zero by 2025, moving its target 25 years earlier than originally planned. The accelerated 2025 net zero endeavor targets Scope 1 and 2 activities, including emissions from electricity and fuel consumed by the airport operator Brisbane Airport Corp. (BAC). To achieve net zero (Scope 1 and 2) by 2025, BAC has committed to transition to 100% renewable energy, purchase all-electric fleet vehicles and develop an on-site carbon removal project within its Biodiversity Zone. Brisbane Airport has allocated 285ha to preserve and maintain biodiversity on-site, and to act as an improved carbon removal asset. The group has also committed to 50% use of recycled water and zero waste to landfill by 2030.

Alaska Airlines and Deloitte announced an agreement to advance purchase and use of sustainable aviation fuels (SAF) through Alaska's new corporate SAF program, part of the company’s Ever Green program to advance environmental sustainability. As a participant in the program, Deloitte will reduce the emissions of their business travel with Alaska by approximately 1,050 metric tons of carbon dioxide. Alaska and Deloitte will collaborate on the purchase of SAF certificates, which provide an accounting framework to expand the market for SAF and capture the emissions reduction value for corporate purchasers. Earlier in August, Alaska Airlines finalized an agreement with biofuel company Gevo Inc., to purchase its most significant SAF offtake commitment to date—185 million gallons of SAF over five years starting in 2026. This agreement was developed alongside others in the oneworld alliance. 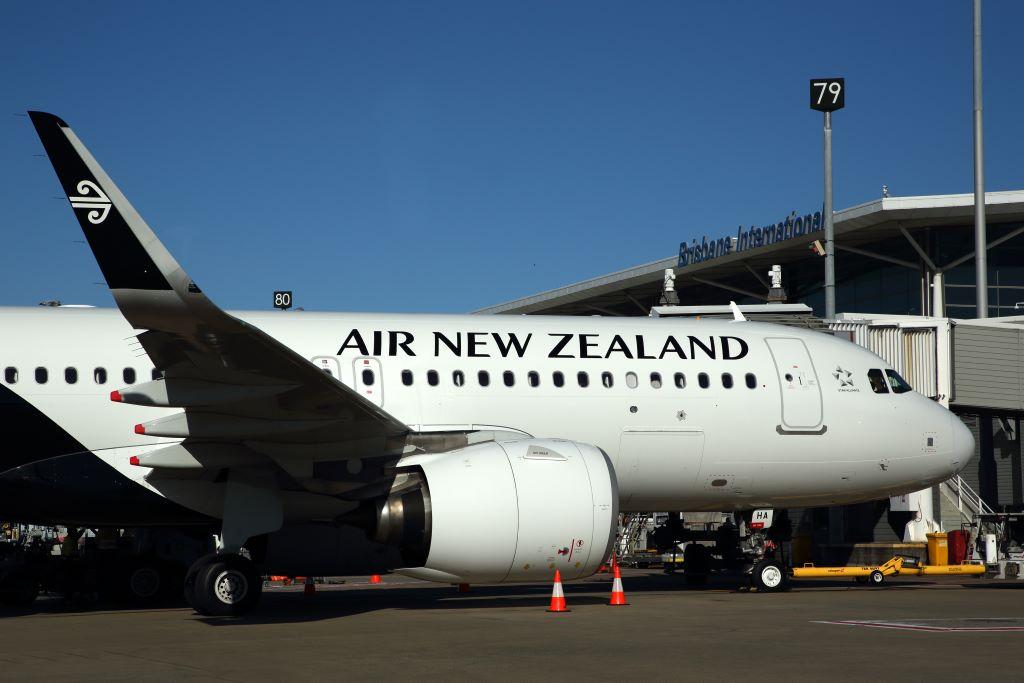 Air New Zealand (ANZ) has set an ambitious science-based garget to reduce carbon emissions by 2030. The interim target, validated by the Science Based Targets initiative (SBTi), requires a 28.9% reduction in carbon intensity by 2030, from a 2019 baseline. This equates to a 16.3% reduction in absolute emissions over the period. Science-based targets validated by the SBTi show companies how much and how quickly they need to reduce their greenhouse gas (GHG) emissions to prevent the worst effects of climate change. Setting a science-based target allows businesses to set a robust and credible carbon reduction target that is independently assessed to ensure it aligns with the latest climate science. ANZ chief operational integrity and safety officer David Morgan says this is a critical milestone on the airline’s journey to net zero carbon emissions by 2050 as it provides a clear signal of where we need to be by 2030, in order to meet the 2050 goal. 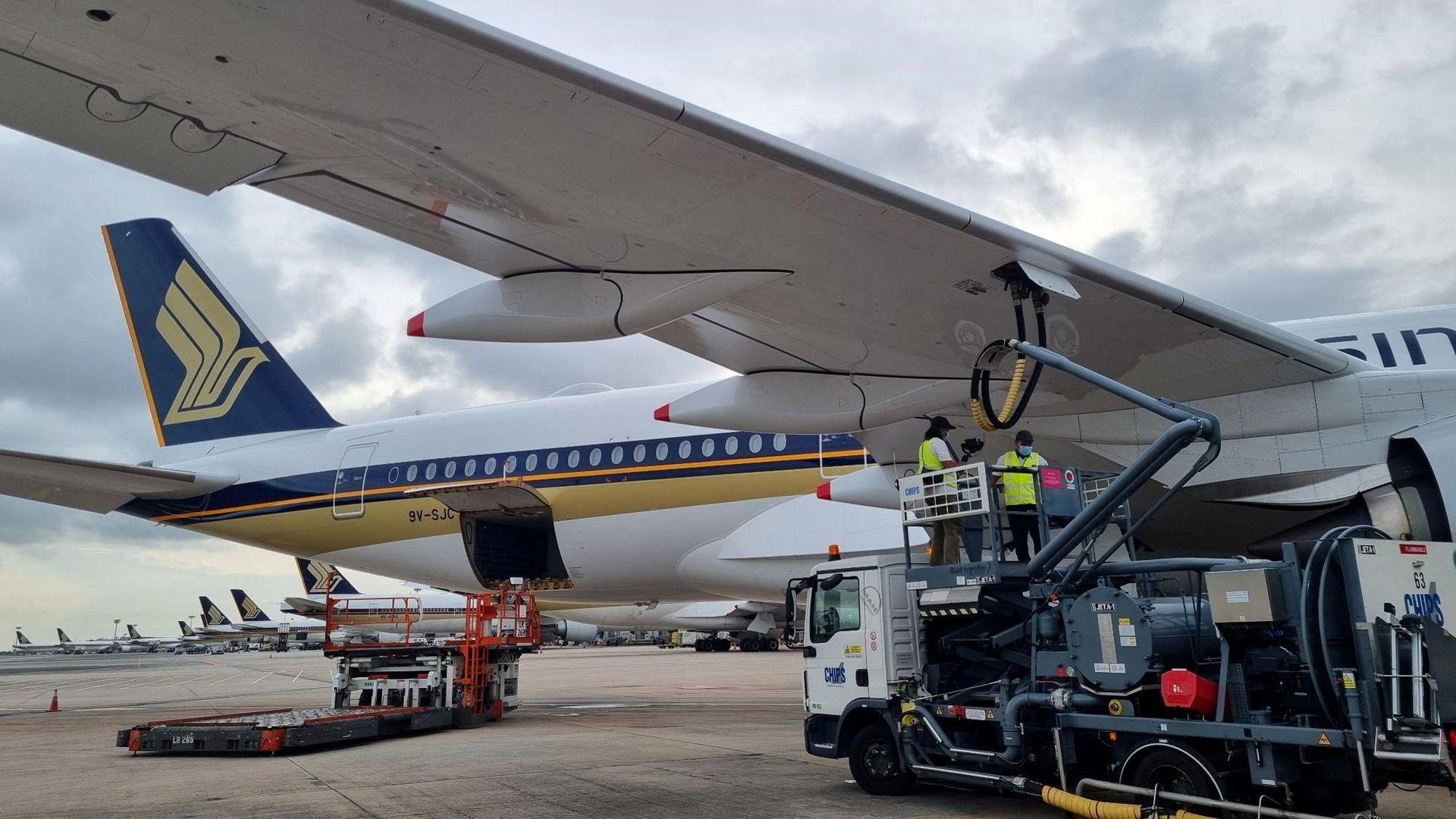 ExxonMobil Corp. delivered the first sustainable aviation fuel (SAF) cargo to Singapore’s Changi Airport, as part of a one-year pilot program to test the new fuel for planes. The cargo is a blend of fossil-based refined jet fuel from ExxonMobil’s Singapore integrated refining and petrochemical complex and SAF supplied by Neste Oil. The oil major was selected in February as the fuel supplier for the pilot program launched by the Civil Aviation Authority of Singapore, Singapore Airlines and Temasek. The fuel was to be delivered to Singapore Airlines and Scoot flights from Changi Airport starting in June. 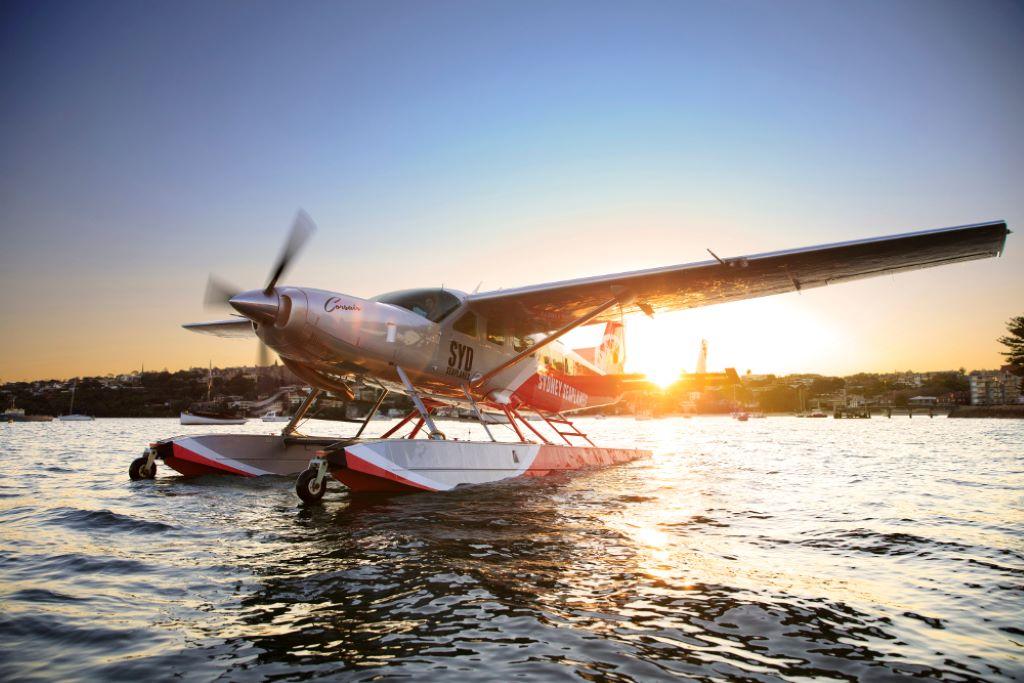 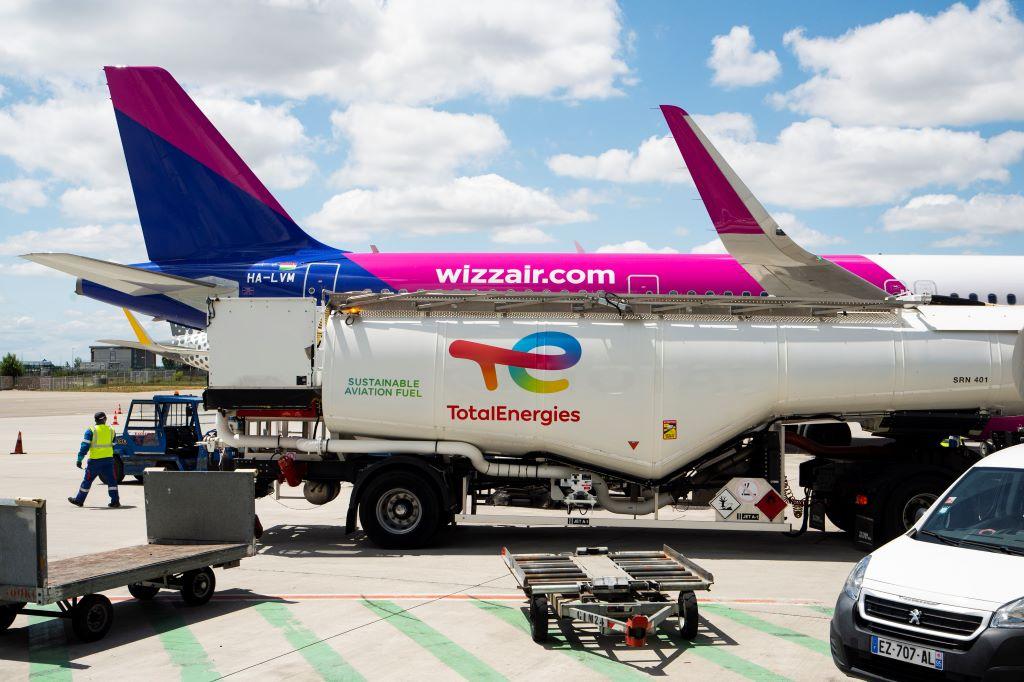 Hungary-based Wizz Air flew its first green demonstration flight. On a special route between Henri Coanda International Airport in Bucharest and Lyon-Saint Exupéry Airport, the flight was partially operated using sustainable aviation fuel (SAF) as part of a collective effort of major airlines in advance of the European Union’s “Connecting Europe Days 2022” sustainable mobility conference. The pivotal flight was operated by one of Wizz Air’s Airbus A321neo’s, and saw the airline take 4.5 tonnes of a SAF fuel blend consisting of 30% pure SAF and 70% Jet A1 fuel. The flight used a 14.2% blend of SAF, which resulted in 12.8% reduction of CO2 emissions. SAF is a blend of conventional aviation fuel and biojet fuel, made from waste and residue sourced from the circular economy, which can reduce CO2 emissions by up to 90% over its lifecycle. 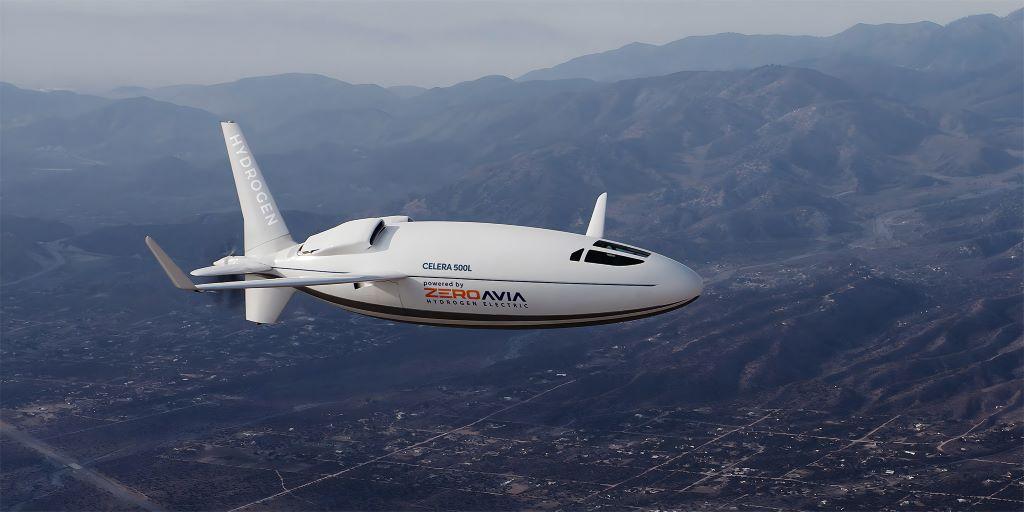 A collaboration between startups Otto Aviation and ZeroAvia could lead to one of the first clean-sheet aircraft with hydrogen-electric propulsion. The companies have partnered study the feasibility of applying ZeroAvia’s 600-kW ZA600 fuel-cell powertrain to Otto’s planned 19-seat Celera 750L. The bullet-shaped Celera 500L prototype first flew in January and has 80% lower fuel consumption than comparable light business aircraft, Otto said, thanks to a small fuel-efficient, diesel-cycle piston engine, a low-drag, high aspect-ratio wing and extensive drag-reducing laminar flow over the wing, fuselage and tail. California-based Otto is targeting certification of its launch product in 2025-26. 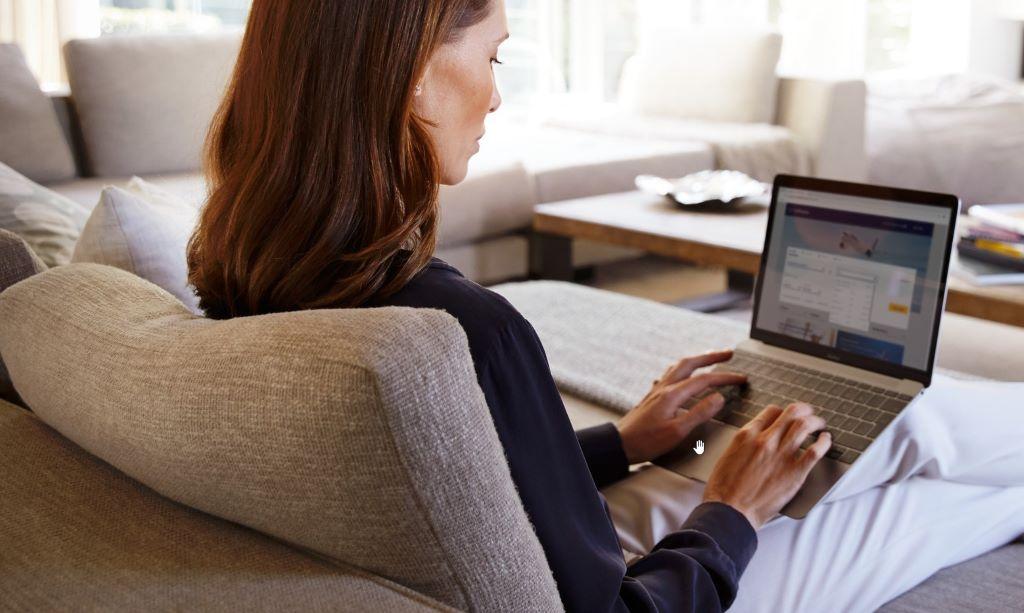 Lufthansa Group is offering customers a new fare option that includes carbon offsets and a sustainable aviation fuel (SAF) premium in the price. Group member airlines Lufthansa, Austrian Airlines, Brussels Airlines and SWISS will offer customers the separate “green fare” option, which claims to offer carbon-neutral flying. Eighty percent of the carbon reduction is accounted for by investment in carbon-offsetting projects and 20% through the use of SAF. The pilot project, launched Aug. 2, will see the fare option initially offered to all passengers booking their flights from Denmark, Norway and Sweden. The new offer will be available when booking economy and business class tickets for flights within Europe. A day prior to the announcement, Lufthansa said it had signed a non-binding memorandum of understanding with Shell, primarily an oil company, to supply it with SAF at seven airports from 2024. 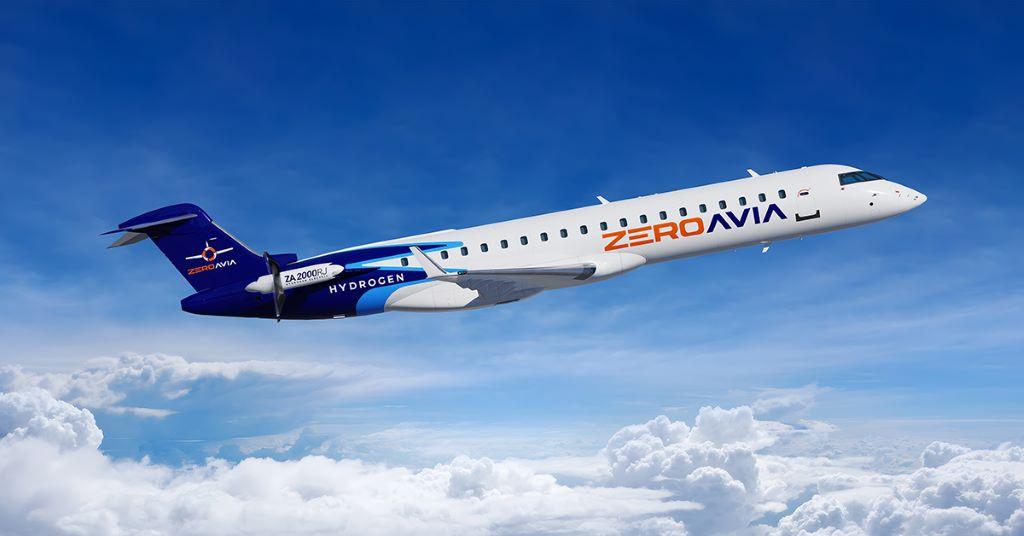 American Airlines has invested in ZeroAvia, a leader in hydrogen-electric, zero-emission aviation. In addition to the investment, a MOU provides American the opportunity to order up to 100 engines from ZeroAvia’s hydrogen-electric powertrain development program. The engines are intended to power regional jet aircraft with zero emissions. ZeroAvia is working to achieve certain type certifications of its innovative propulsion technology that will pave the way for the engines to be incorporated into the regional jet market in the future. The ZA2000-RJ powertrain is anticipated to enable passengers to fly in zero-emission regional jets as early as the late 2020s.

As sustainability targets for the aviation industry inch closer, governments and industry players continue to work together to meet environmental targets. No longer is this a slow walk but is beginning to look like a sprint.