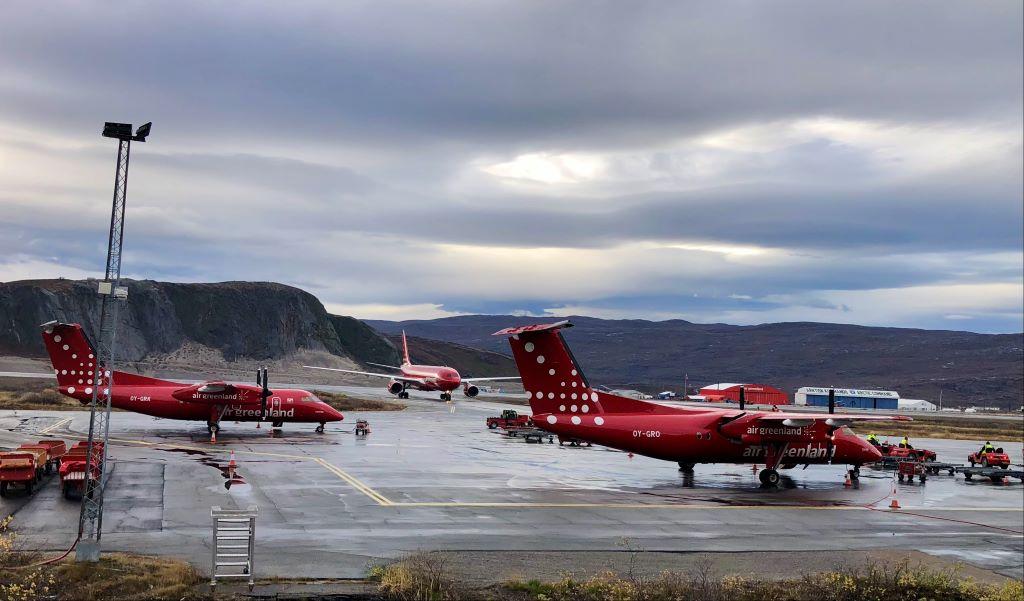 The current situation at Kangerlussuaq—This mini hub of Air Greenland is the main airport of the nation. The airport has been opened since October 1941. First civil flights were launched from 1954 by Scandinavian Airlines SAS operating flights to Los Angeles from Copenhagen and used Kangerlussuaq for a technical stop. The airport was also known as Sondrestrom Air Base. 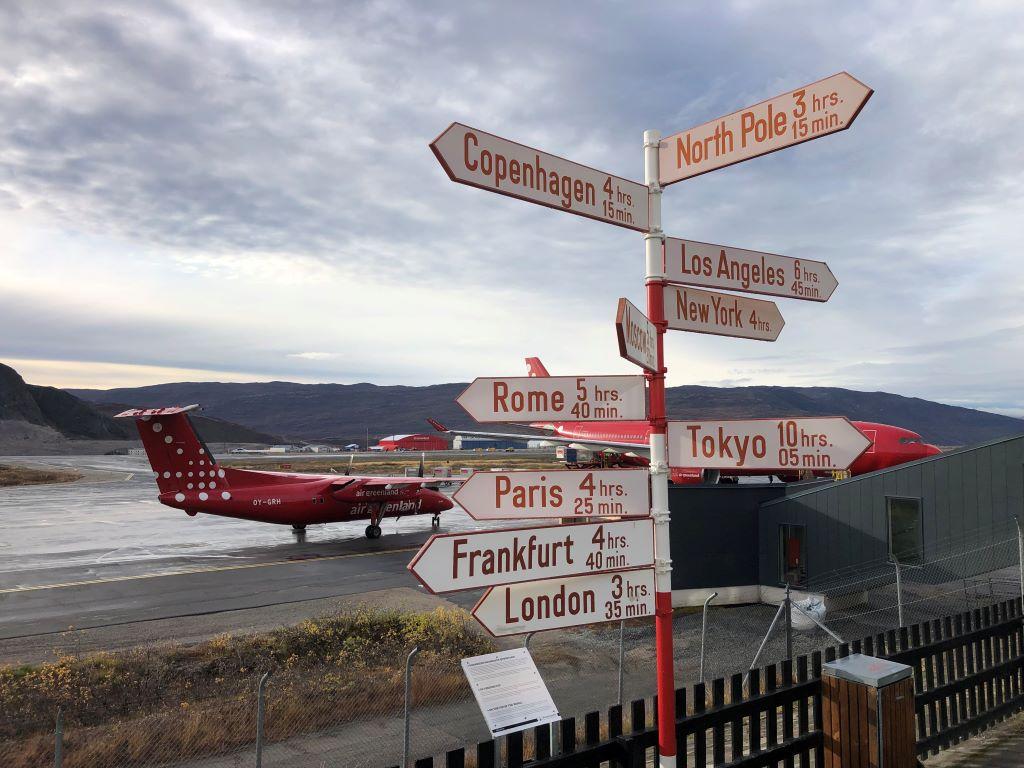 When Air Greenland‘s Airbus A330 from Copenhagen arrives, the airline‘s main international route, its fleet of Dash 8 carries feeder traffic to and from Kangerlussuaq from various local airports. Most flights are departing to Nuuk, the capital of Greenland. When Air Transport World visited the airport on Sept. 19, 14 daily flights to Nuuk had been scheduled. 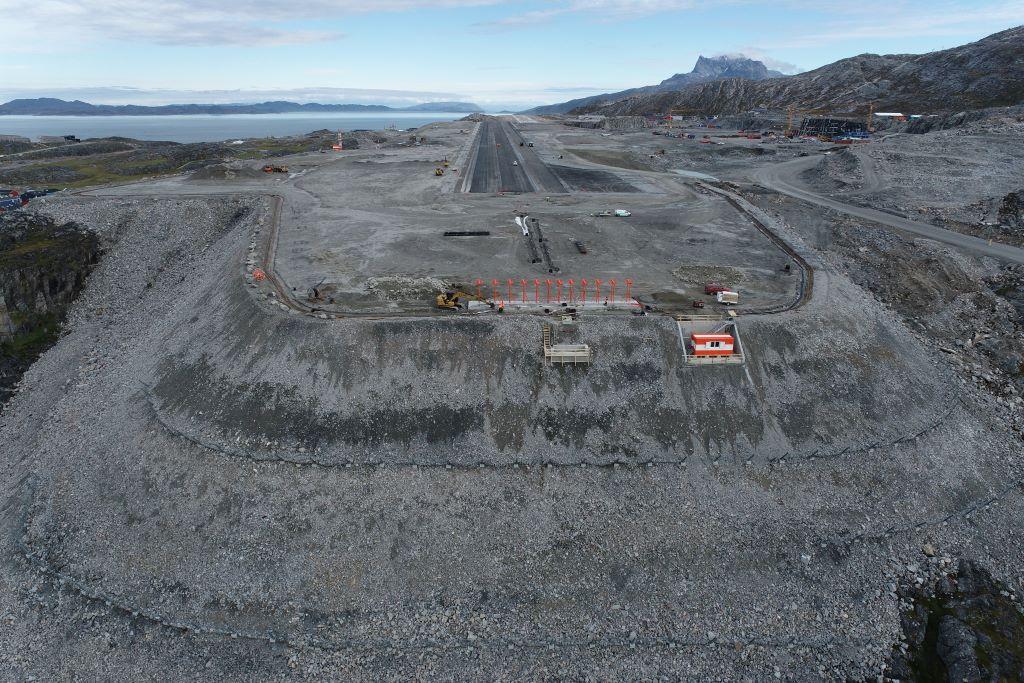 The construction site for Nuuk International Airport. The 2,200-m (about 7,200 ft.) long and 45-m wide runway is located on top of a mountain and will be able to handle Air Greenland‘s new Airbus A330-800, which will be delivered by year-end, replacing the current A330-200. Most visible now is the runway extension, which will see it lengthened to 2,200 m from the current 950 meters, but has been reduced by further 50 m to 900m as part of the construction work. Part of the old runway will be used as a taxiway. 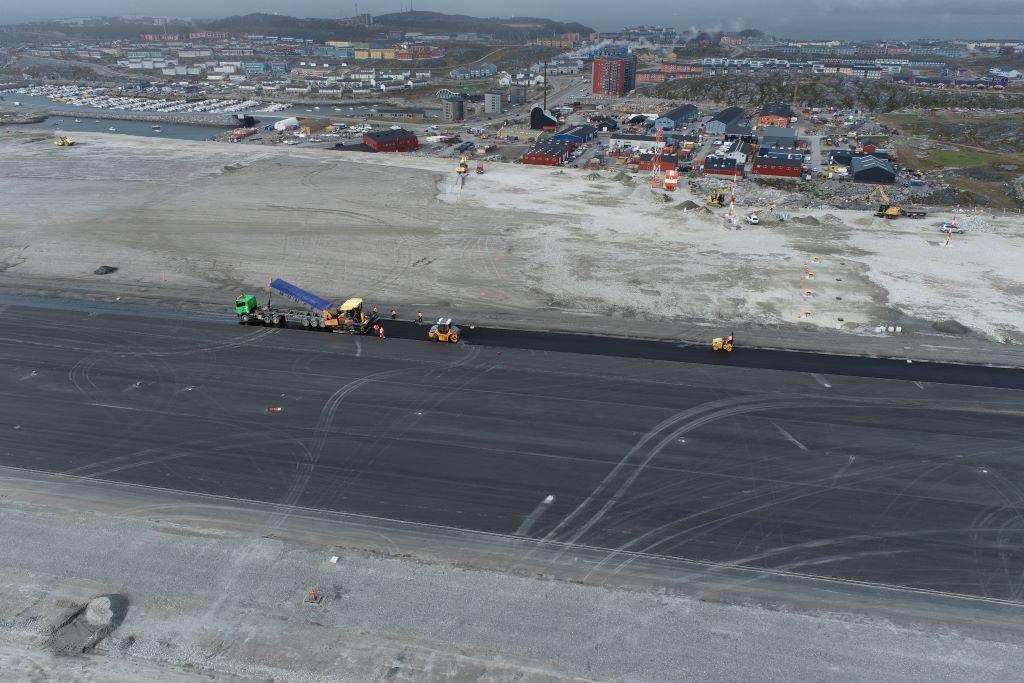 As of September 2020, asphalt work had already begun. First plans of the new airport project in Nuuk dates back to 2015. Financing was secured in 2018; however COVID delayed the first work. 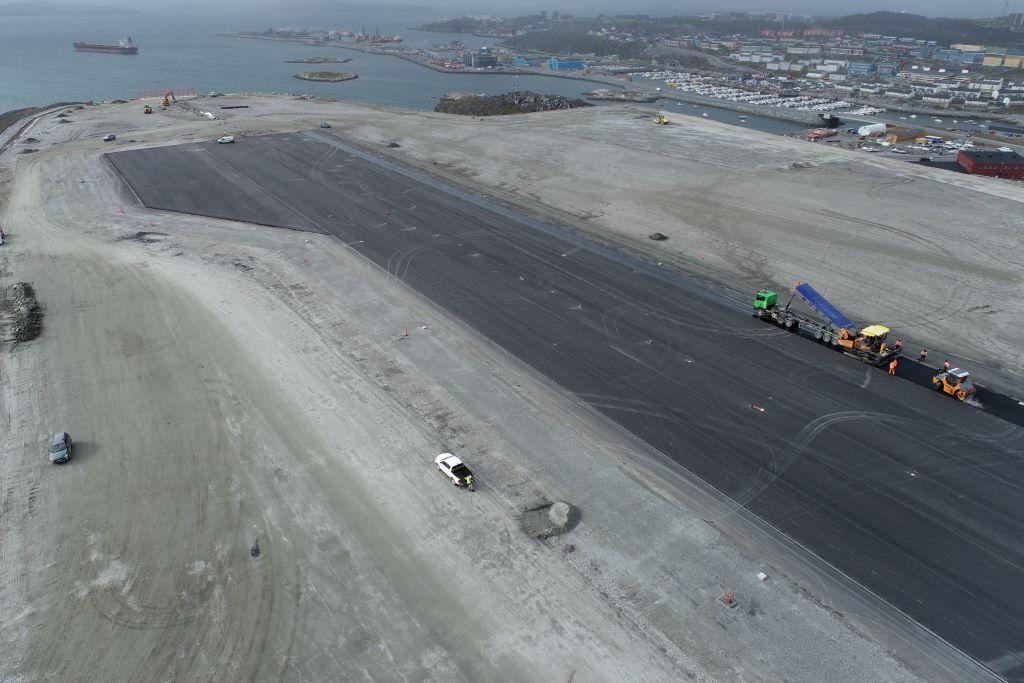 Another view of the runway. For every 100,000 cubic meters of rocks that have been blown up, 90 tons of blast are needed. The first blast was in 2019. 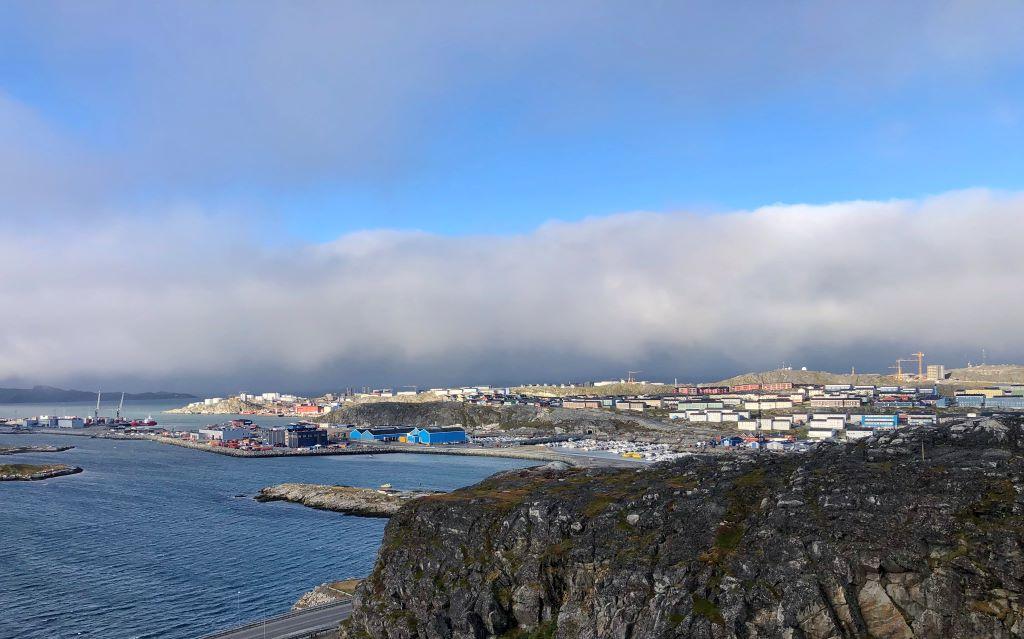 A view from the runway to the city center of Nuuk, with a population of 19,000. With the new infrastructure, operational reliability for the airport should be improved from the current 89% to 95%. 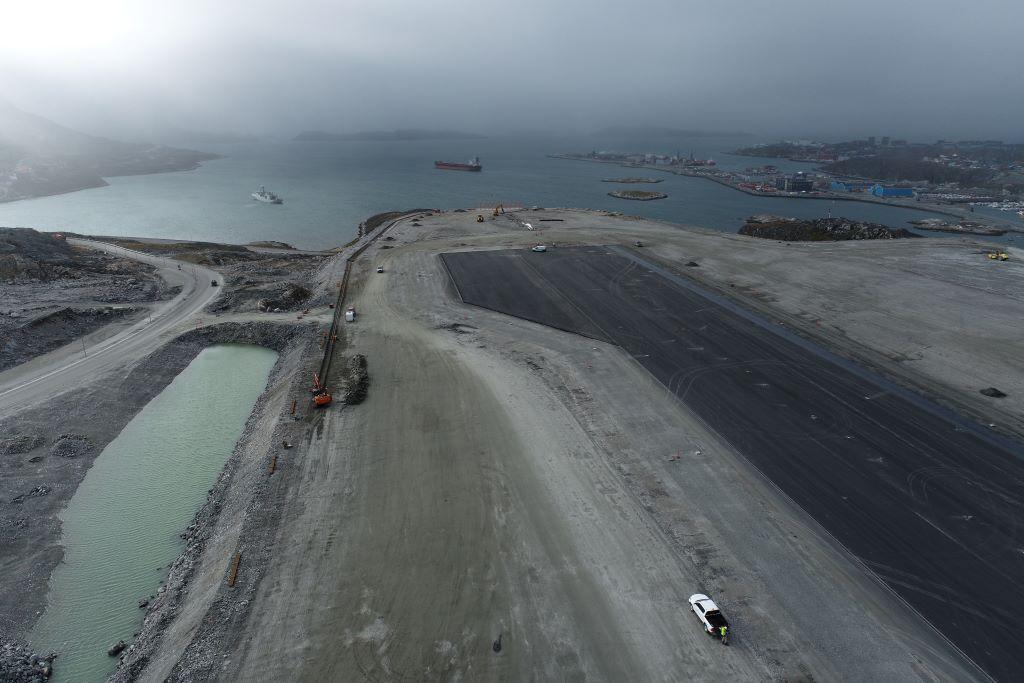 When the new Nuuk Airport begins operations by the end of 2024, Air Greenland will be able to use Nuuk as a mini-hub for the Southern part of Greenland. The new Ilulissat Airport will become a hub for the Northern region. Both airports can then be served for the first time directly from Copenhagen, the nation‘s main route. 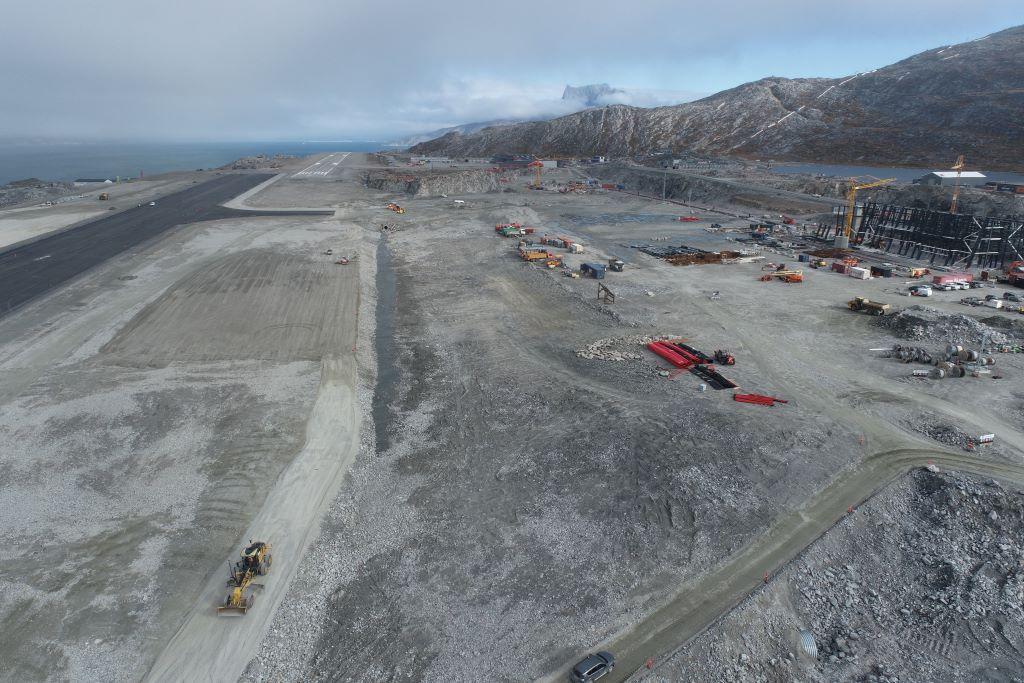 The new terminal, visible to the right, will be able to handle about 800 passengers per hour. When it opens, the new terminal will implement security checks for domestic flights for the first time in Greenland‘s aviation history. 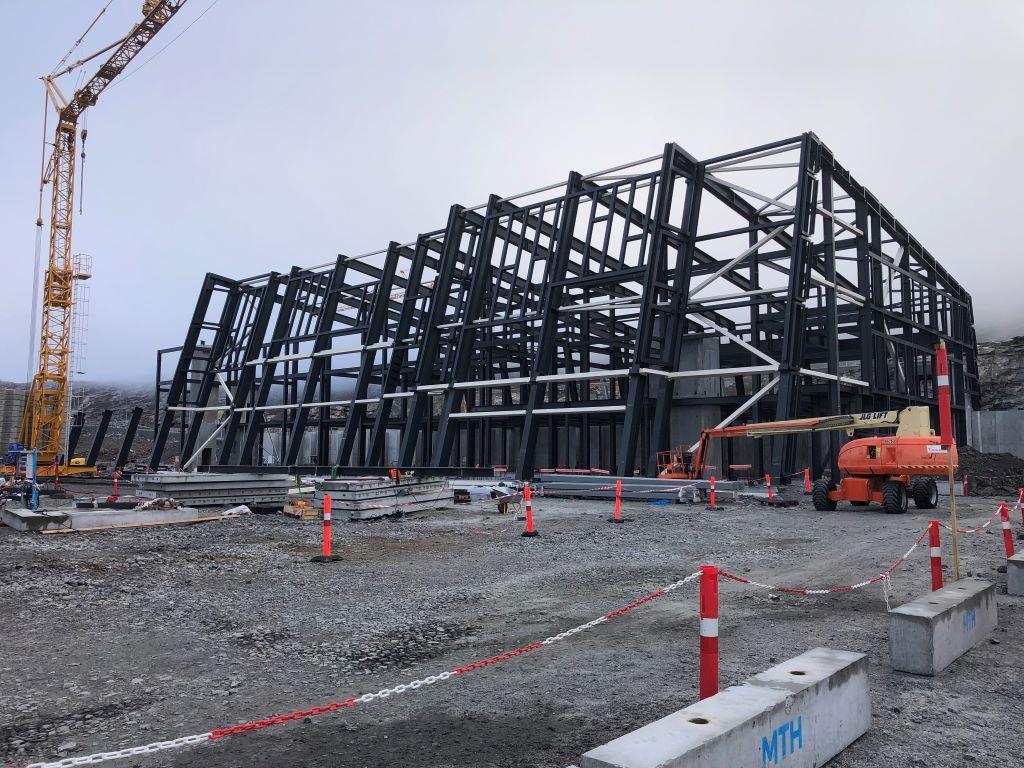 A more detailed view of the terminal. The Minister of Housing & Infrastructure, Vice Premier Erik Jensen told ATW in Nuuk: “The three new airports in Greenland will change our economy. A lot of tourism will come to Greenland; we would like to show our beautiful nation to the rest of the world." 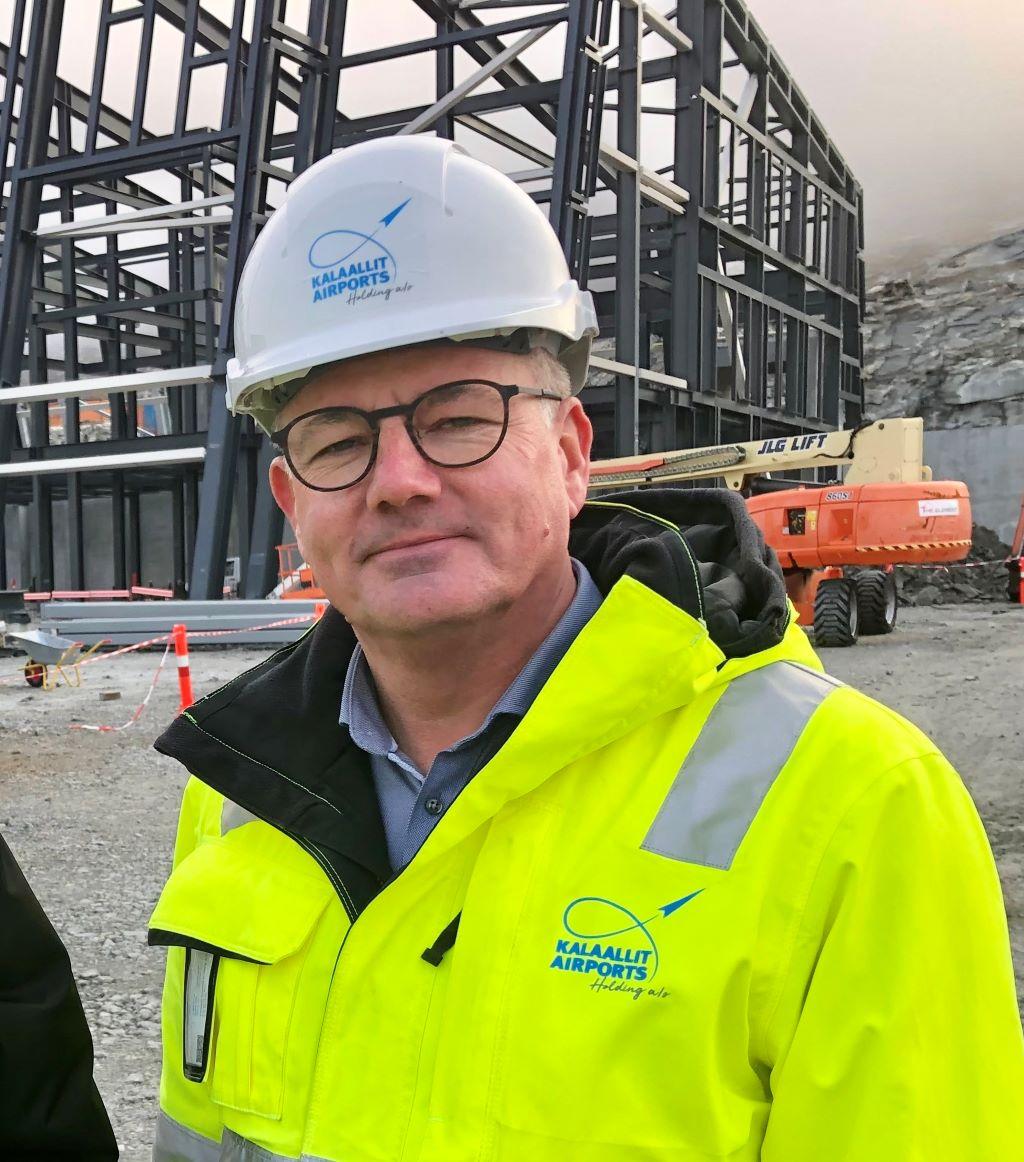 Kalaallit Airports CEO Jens Lauridsen called the development of all three airports “a huge game changer when first flights [from Copenhagen] will land at the new Nuuk Airport. And I’m sure, other airlines will follow.” 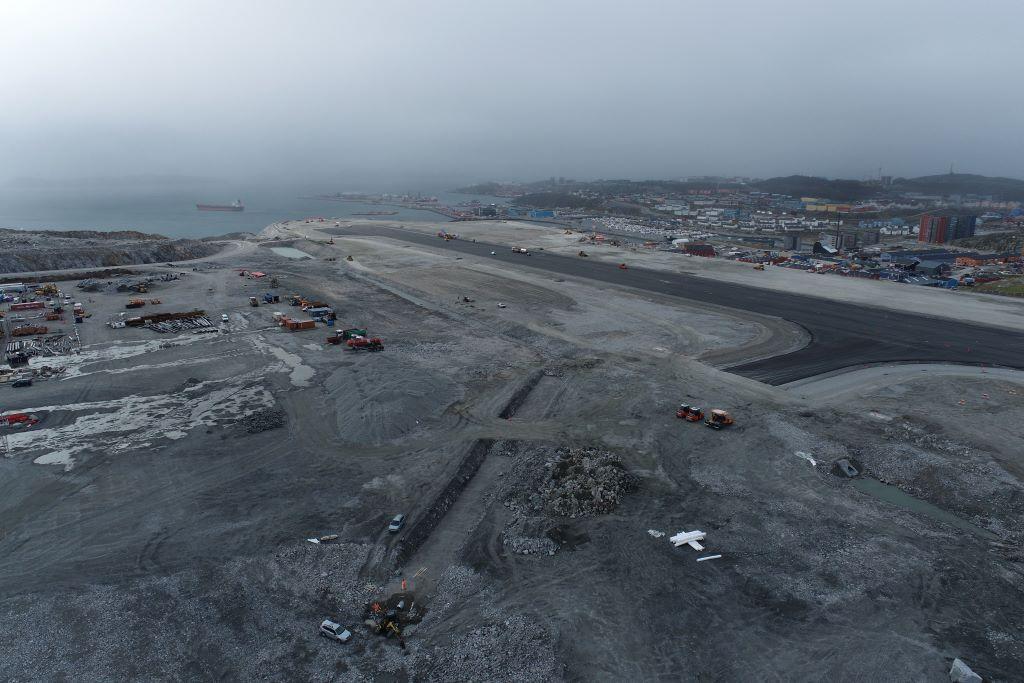 Kalaallit Airports CEO Jens Lauridsen said they can “also build hangers for one Airbus A330 and one A320, if needed.“ At the moment, 190 workers are on the airport site in Nuuk. The new terminal should be opened in 2023, before the entire opening of the airport, ready to test the terminal infrastructure and improve security. 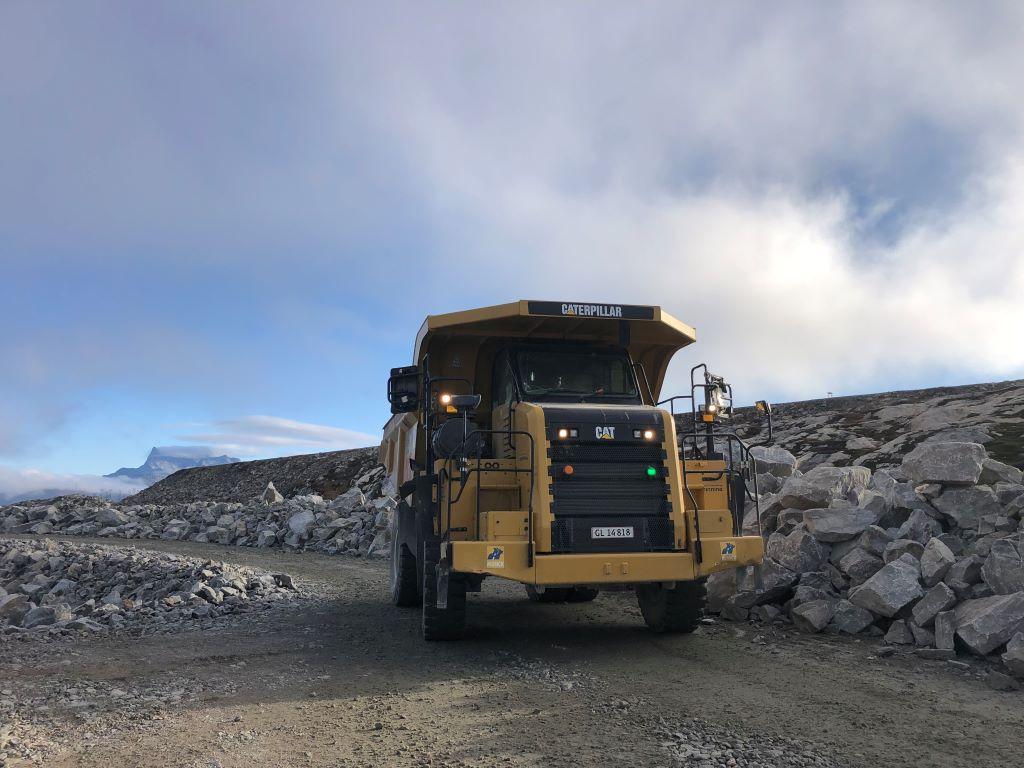 One of the trucks that moves rocks around. Rocks, which have been blown up from a nearby mountain, will be used for the runway extension. 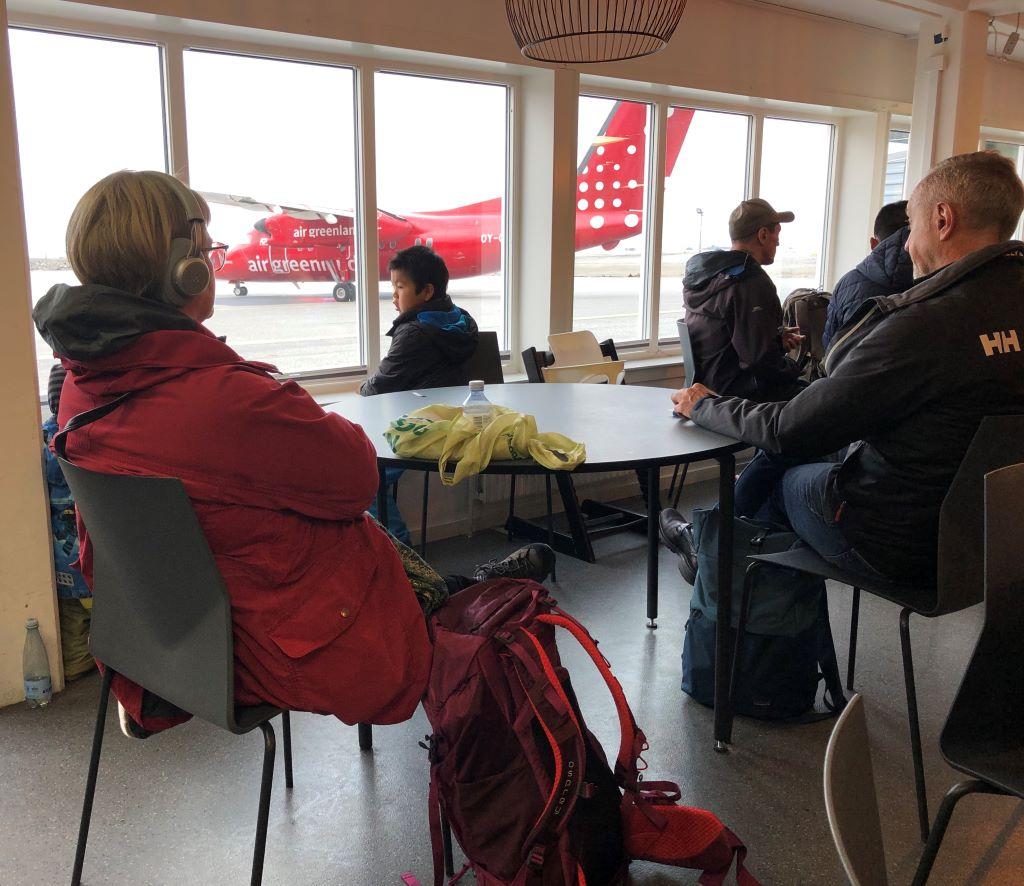 The current terminal situation at Nuuk International Airport. The terminal is getting too small, especially during peak hours when many flights leave for Kangerlussuaq, Air Greenland‘s mini hub. 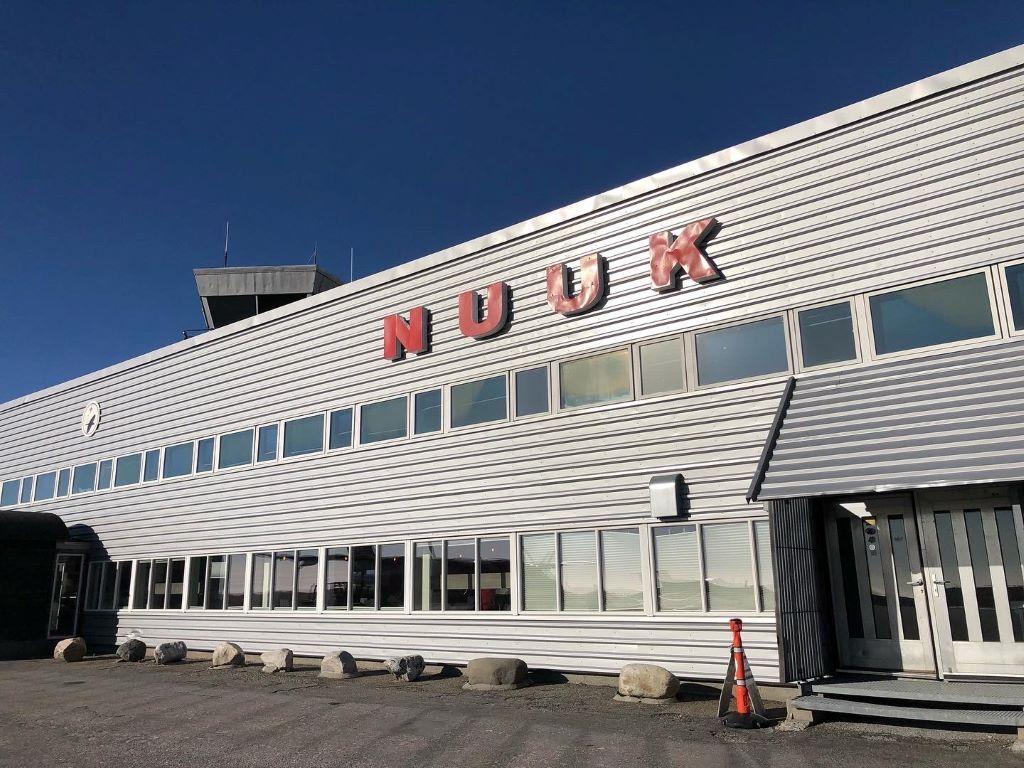 The current terminal in Nuuk. 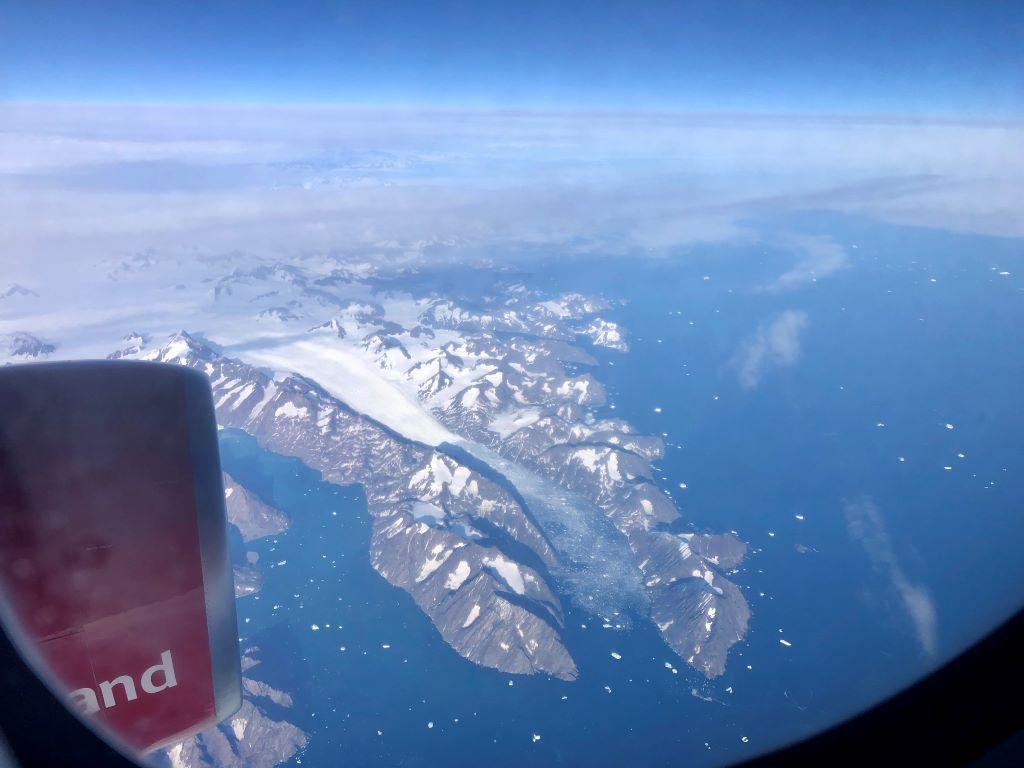 A view from Air Greenland‘s A330-200 en route to Copenhagen, leaving the East Coast of Greenland in the direction of Iceland, Faroe Islands, Norway, and into Denmark airspace.

Greenland, an island country that is part of the Kingdom of Denmark, is investing 5 billion DKK ($651 million) in three new airports. Four billion DKK is dedicated for Nuuk International Airport, in the capital of Greenland, and Ilulissat Airport, in the tourism center of the country. The third airport, in Qaqortoq, is located in the South of Greenland. All three airports are replacing existing ones. Greenland has a total of 13 public airports and 42 helipads, serving 56,000 inhabitants. As there are no road connections between villages, air traffic is important.

ATW correspondent Kurt Hofmann was invited by Kalaallit Airports Holdings to Greenland and brings some exclusive pictures from Greenland.

Kurt Hofmann has been writing on the airline industry for 25 years. He appears frequently on Austrian, Swiss and German television and broadcasting…