Guy is a Senior Editor for Aviation Week, based in Colorado Springs. Before joining Aviation Week in 2007, Guy was with Flight International, first as technical editor based in the U.K. and most recently as U.S. West Coast editor. Before joining Flight, he was London correspondent for Interavia, part of Jane's Information Group.

In 2013 the Jesse H. Neal award for Best Technical Content was awarded to Guy Norris and Graham Warwick for their Advanced Propulsion feature. He received the 2015 Lauren D. Lyman Award for outstanding achievement in aerospace communications. And in 2018 he was awarded Technology Writer of the Year by the judges of the Aerospace Media Awards.

Amongst other works Guy has authored the aerospace section of a science encyclopedia and co-authored, and produced an educational aviation CD-ROM. Guy has also authored more than a dozen books on the histories of Airbus, Boeing and other airframe manufacturers.

Podcast: End Of The Line For Boeing’s 747 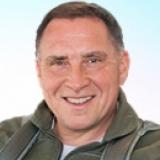