Joe Anselmo has been Editorial Director of the Aviation Week Network and Editor-in-Chief of Aviation Week & Space Technology since 2013. Based in Washington, D.C., he directs a team of more than two dozen aerospace journalists across the U.S., Europe and Asia-Pacific.

Under his leadership, Aviation Week has won numerous accolades for its in-depth reporting and deep dives into aerospace technology, including the 2017 Grand Neal award for “Top Brand/Overall Editorial Excellence,” business-to-business journalism’s equivalent of the Pulitzer Prize. Writers from the Aviation Week Network also took home six honors at the 2018 Aerospace Media Awards in London.

In 2015, Anselmo and his team spearheaded a digital initiative that provides subscribers with fresh content every day via mobile phones, tablets, or desktop computers. To mark Aviation Week’s 100th anniversary in 2016, the publication’s entire archive – more than 440,000 pages of articles, images, covers and advertisements – was digitized into a searchable online archive. Aviation Week also has accelerated its push into digital media with regular podcasts, videos, data features, infographics and eBooks.

Anselmo has more than 25 years of experience as an editor and reporter with Aviation Week, Congressional Quarterly and the Washington Post Company. He has won three Aerospace Journalist of the Year awards. A graduate of Ohio University, he was elected three times to the National Press Club’s Board of Governors, including one term as board chairman.

Podcast: End Of The Line For Boeing’s 747

Podcast: Have Airbus And Boeing Turned The Corner On Production?

Jan 12, 2023
December delivery figures suggest the airplane manufacturers’ supply chain, quality and labor problems may be easing. Listen to our team break down the numbers.
Aerospace 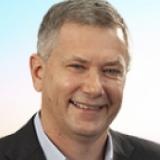