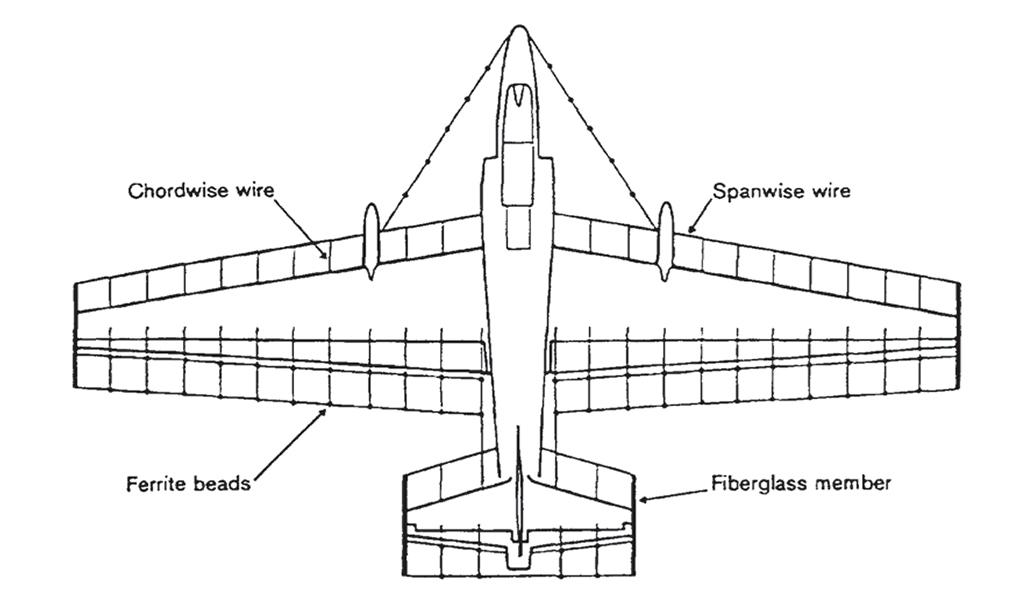 When it became clear that the U-2’s service ceiling would not prevent the Soviet Union from tracking the aircraft over its territory, Lockheed’s Skunk Works was ordered to launch a crash program to improve its ability to evade radar. The program was titled “Project Rainbow,” and the various “antiradar” configurations were known as “Dirty Birds.” Depicted here in an image from a declassified CIA document is one of the earlier configurations called “Trapeze.” It consisted of a ring of ferrite beads precisely placed along a wire suspended from fiberglass or bamboo poles attached to the aircraft’s wings. Its effect was limited to 65-85 MHz, and it did not prevent tracking of the aircraft but did hurt altitude and speed performance. Like the other Dirty Bird configurations, it was soon abandoned. 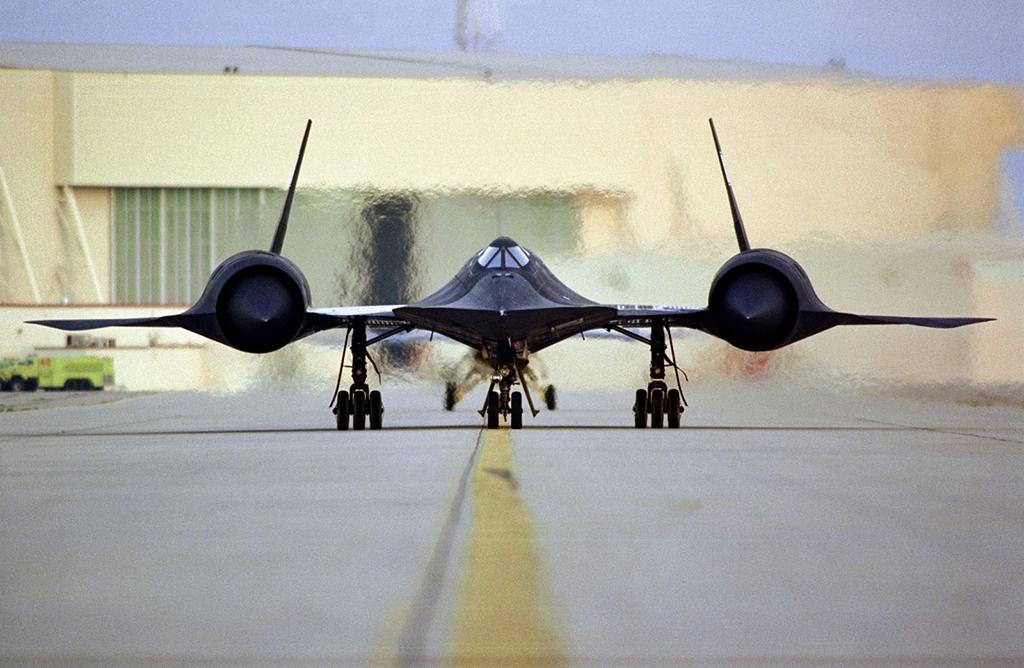 The follow-on to the U-2, the CIA’s A-12 and U.S. Air Force SR-71 (a NASA version is pictured here), would primarily use speed and altitude for survivability, but its extensive incorporation of “antiradar” technology and its low radar cross-section (RCS) for its size have led some to call it the first stealth aircraft. The biggest breakthrough for the aircraft’s stealth came from shaping, when the previously bullet-shape fuselage received a thin, curved extension to the nacelles, leading edges and fuselage. This “chine” lowered RCS by 90%. From a shaping perspective, radars along the azimuthal plane would be looking at a narrow edge and those below would be bouncing off planar surfaces, rather than seeing a cylindrical body with a far larger RCS from most angles. The vertical tails were also canted inward 15 deg. 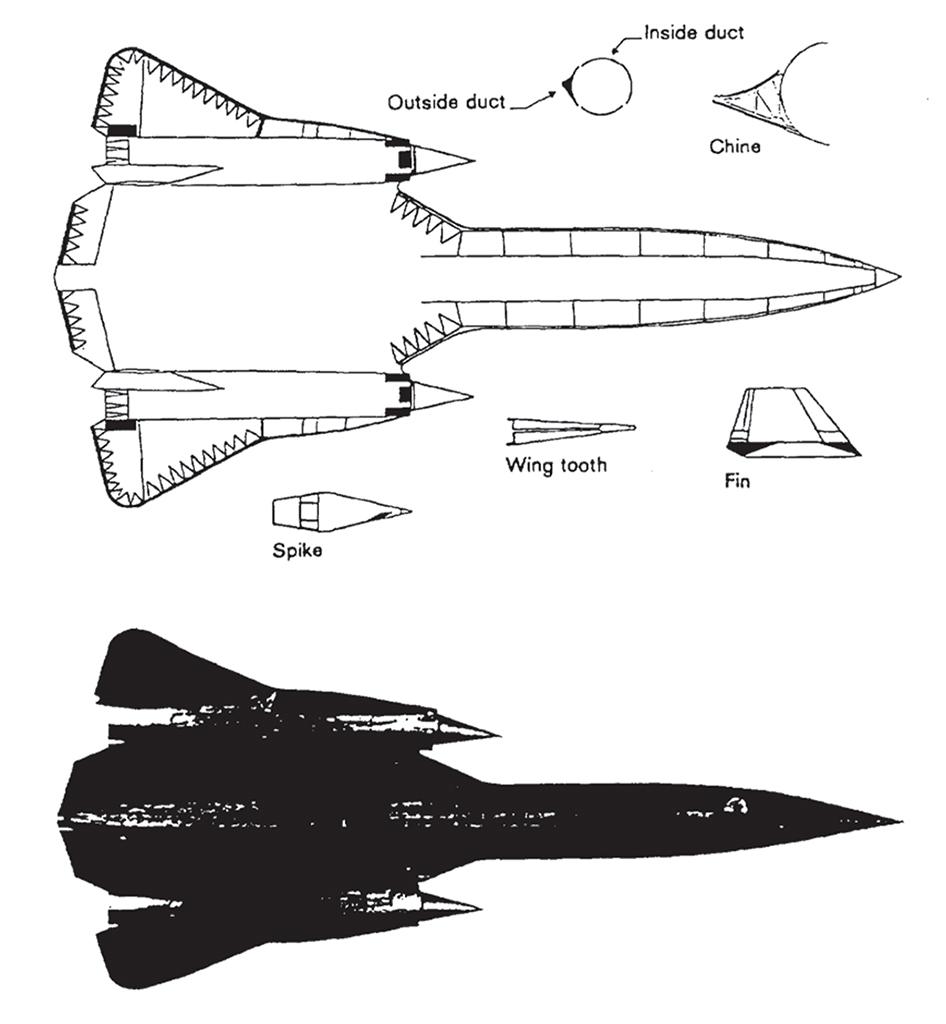 The A-12 and SR-72 also incorporated radar-absorbent materials (RAM) and structures. Some of these are pictured here in this image from a declassified CIA document. The A-12’s outer edge originally consisted of triangular pieces of titanium called fillets. In later aircraft, triangles of resistive honeycomb plastic with glass-fiber surfaces, called “pie panels,” were inserted into the wing’s titanium sawtooth edges and also used to compose the fuselage chines. In addition, the aircraft’s tails were composed almost entirely of RAM, and it had a surface coating loaded with ferrites and laced with asbestos to withstand the 900F temperature of Mach 3 flight. 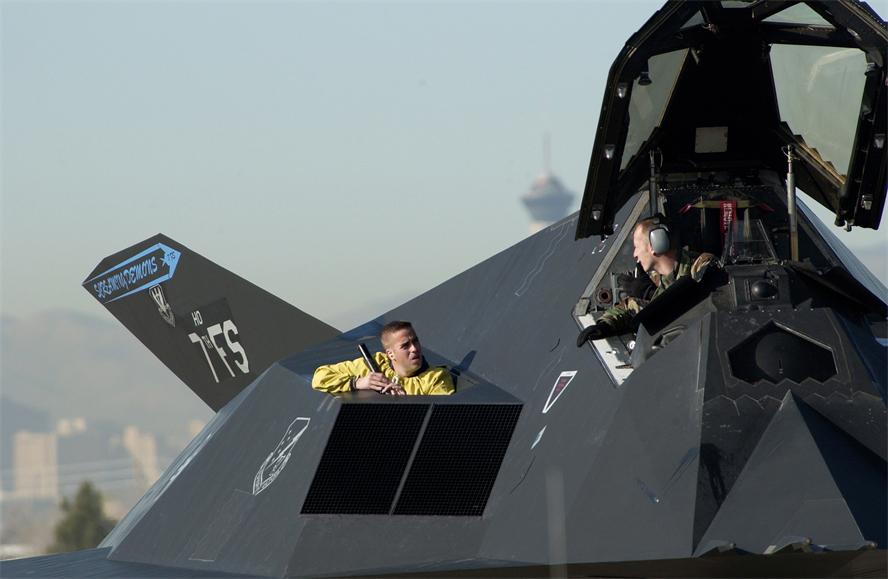 From the front, most of a fighter’s RCS comes from its engines and intake ducts. The F-117 solved this problem by placing a grid over the intake that would function like a “roach motel”: The grid was loaded with a conductive material that absorbed energy on the way in, and what got in could not get out. The material was likely carbon-loaded for increasing conductivity and decreasing impedance, from front to back. Inbound waves would see a small impedance change, be largely admitted and absorbed. Outbound waves would encounter a large impedance difference at the back of the grid and be reflected back into the duct. Any reflected energy would be directed away from the front by the angle of the grid’s face. 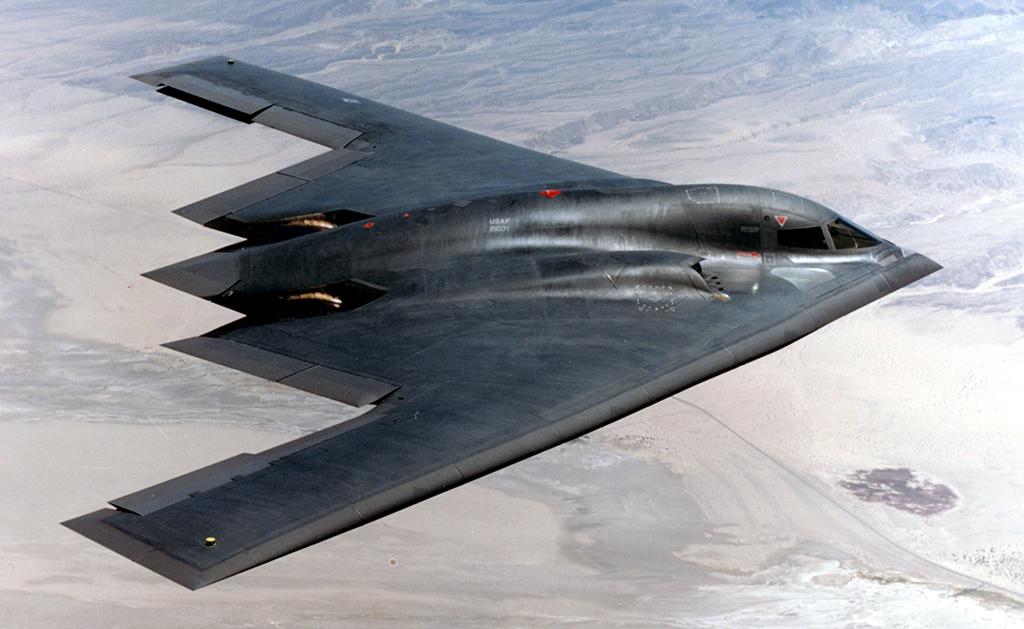 Starting with the B-2, all U.S. stealth aircraft have sported a distinctive “edge treatment”—visible in a differently colored band around most of the perimeter of the aircraft. The “stealth bomber” features dorsal and ventral surfaces composed entirely of curves, with no edges to reflect traveling waves or emit edge waves. The edge treatment absorbs currents that reach them and slows their change of direction, while also absorbing inbound waves before they reach the aircraft’s edges. This reduces RCS from three sources: traveling waves, edge waves and edge diffraction. 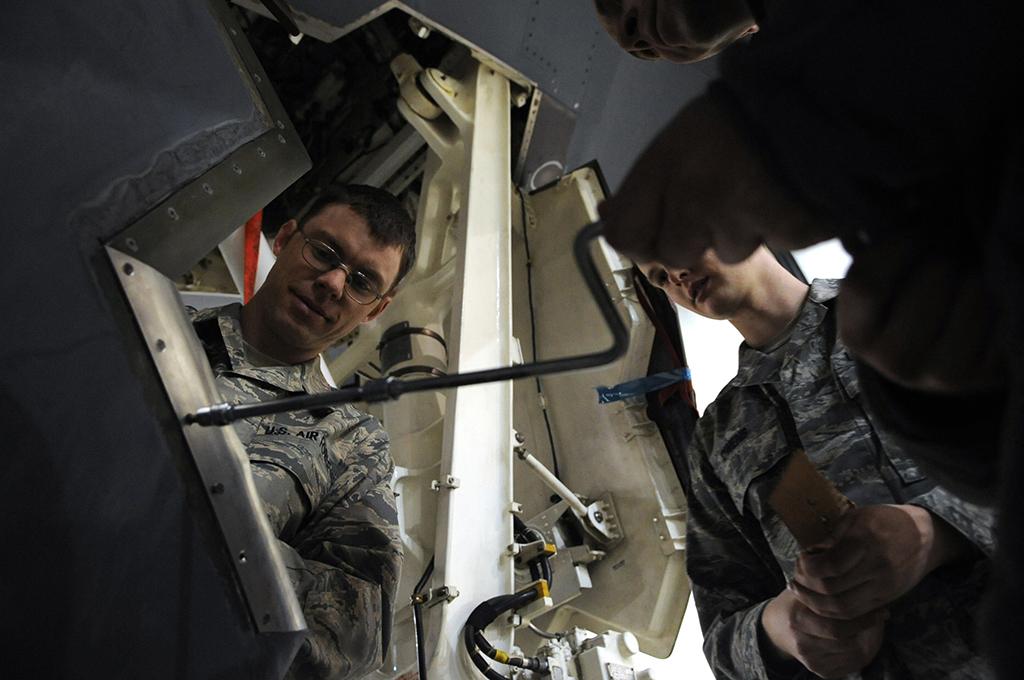 The B-2 proved very stealthy but also difficult to maintain. One of the primary drivers of support costs and time was the need to bridge any gaps in the aircraft surface so they would not increase surface wave emissions. This is accomplished with conductive tapes and caulks that required regular, time-intensive replacement procedures. Pictured here are maintainers attending to one of the solutions to the maintenance burden problem, a flexible “blade seal” that helps bridge the gap around a landing gear door. 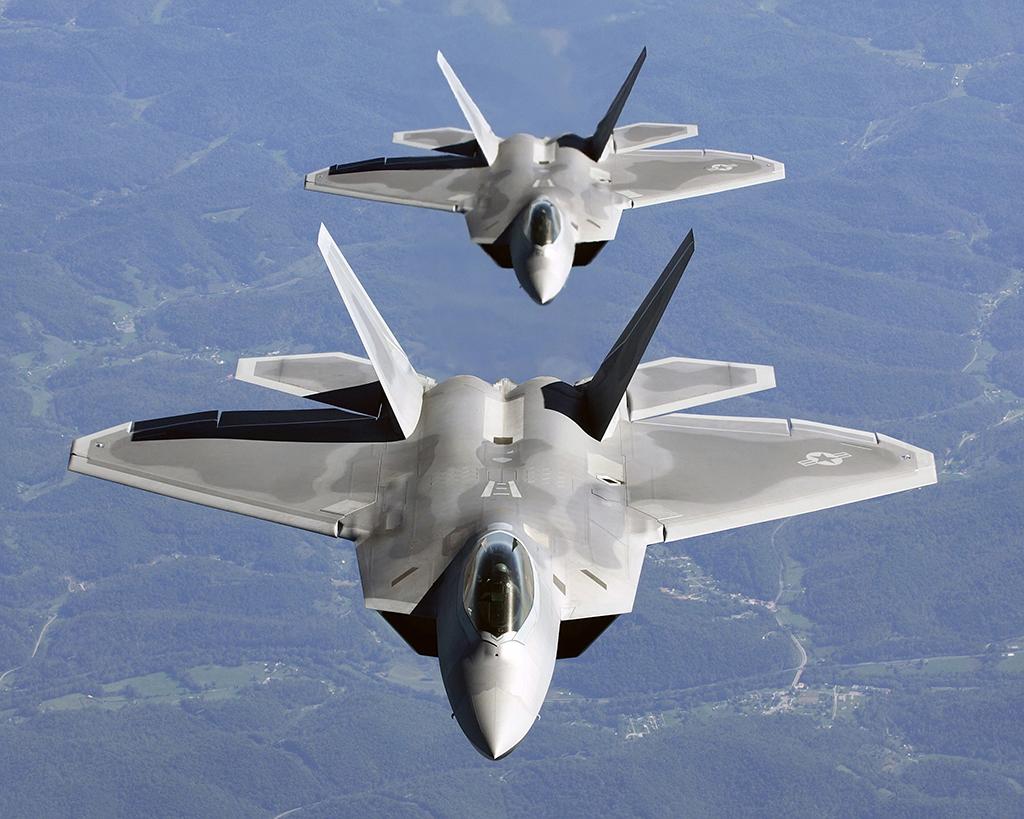 The F-22 continued many of the stealth material approaches of the B-2, including the edge treatment, visible here around the wings, control surfaces and engine inlets. 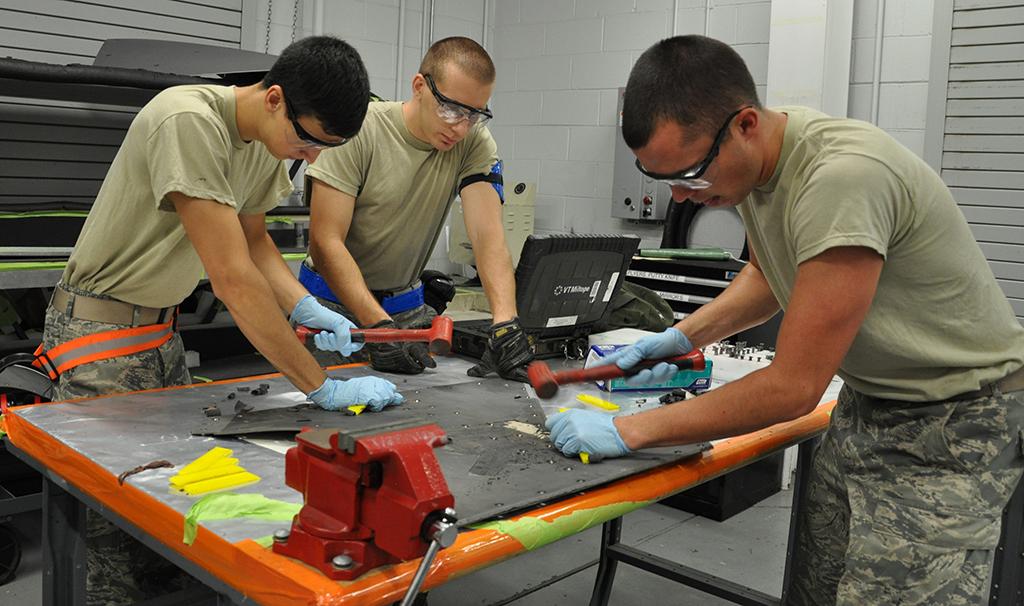 Maintaining the F-22’s stealth still requires time-intensive procedures. Here airmen are chiseling a damaged low-observable coating off of a panel. 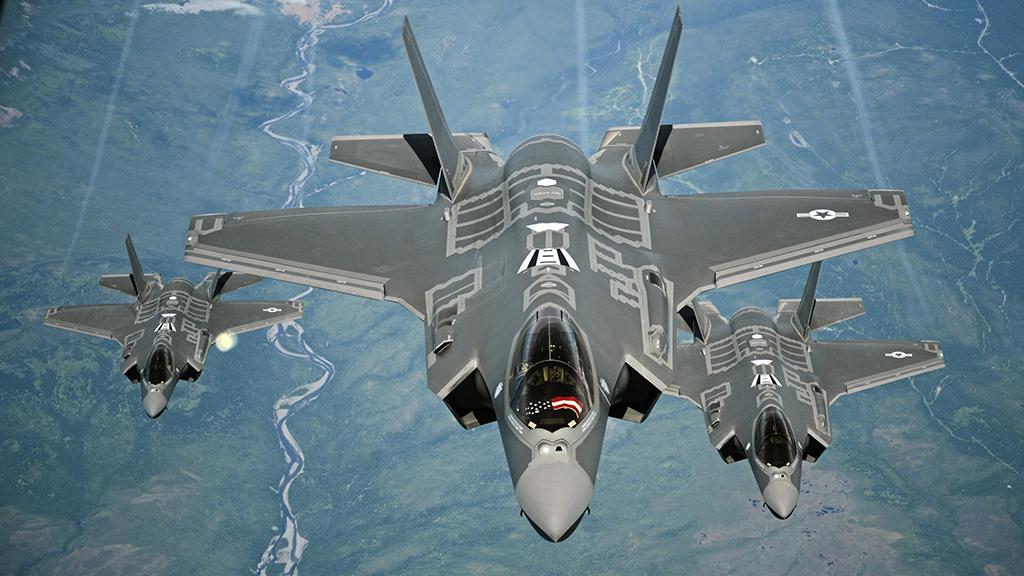 Many low-observable material techniques are in evidence on the F-35. Edge treatments appear on the wings, control surfaces and engine inlets. Also, many of the gaps in the airframe appear to be surrounded by “picture frames”—narrow strips of magnetic RAM, first employed on the B-2, which absorb surface currents before they can reach a gap. 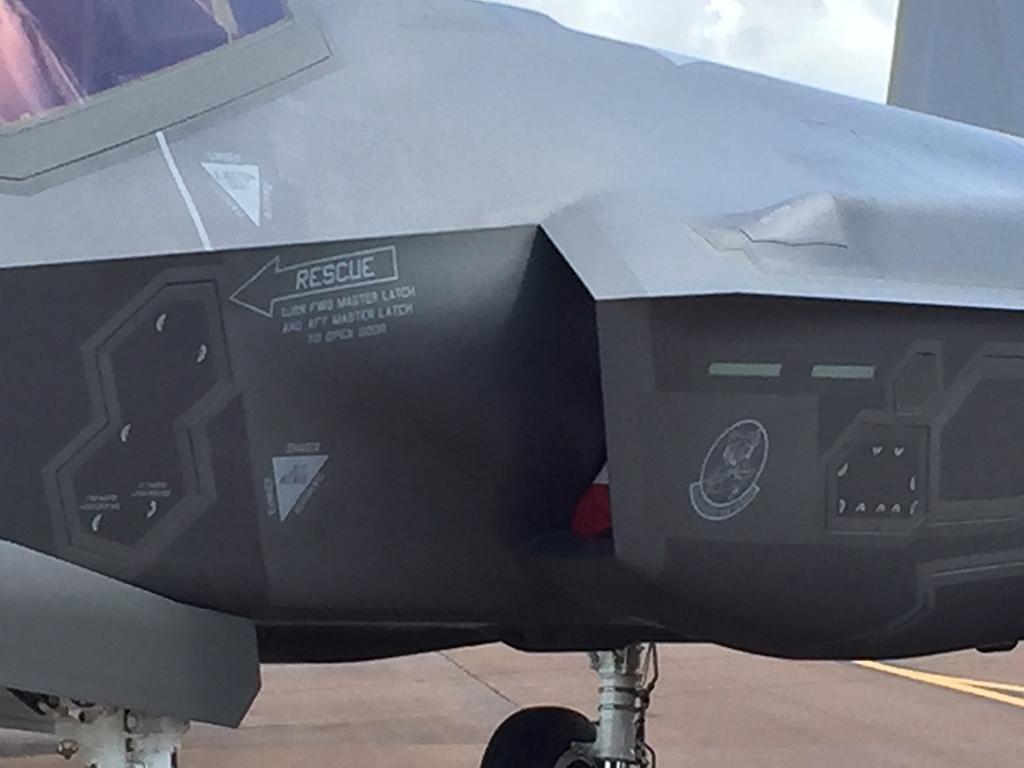 A closer look at the edge treatment on the inlet of the F-35 on display at the Royal International Air Tattoo. 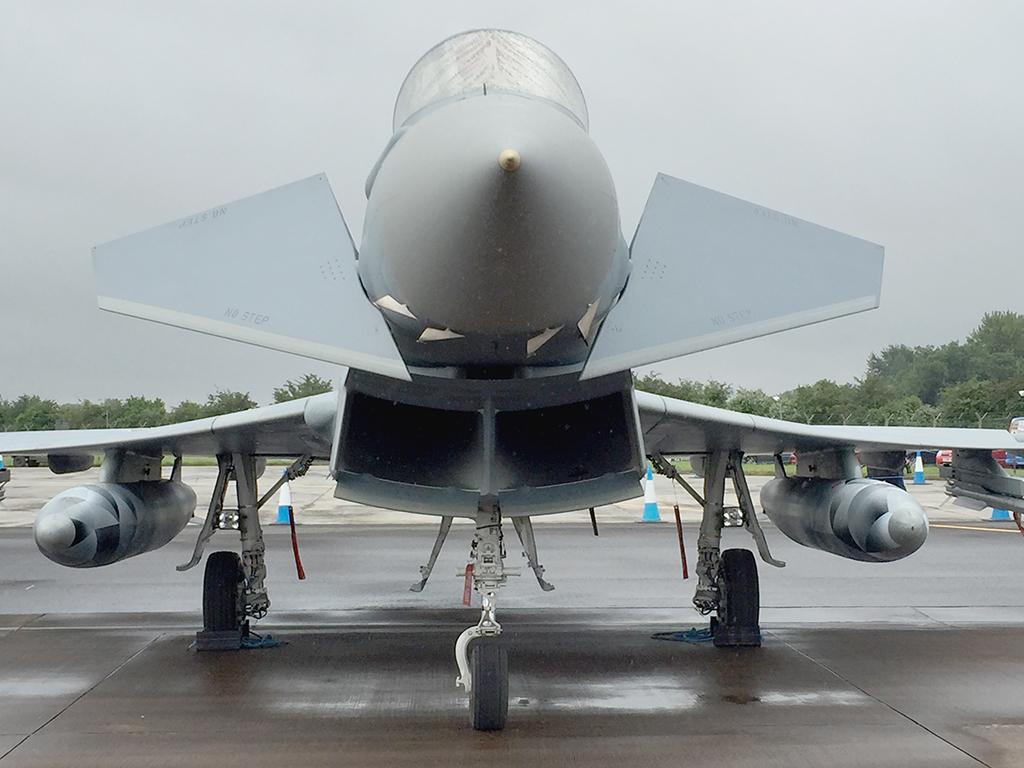 While the U.S. F-22, F-35 and B-2 likely employ more stealth material technology than the aircraft of other nations, some techniques do appear in use on non-U.S. aircraft. Close-up photos of the Eurofighter Typhoon reveal the presence of some kind of edge treatment on the engine inlets, foreplanes and wings. The treatment appears less extensive than those on U.S. aircraft but may serve to reduce edge diffraction and traveling waves emitted by these features. 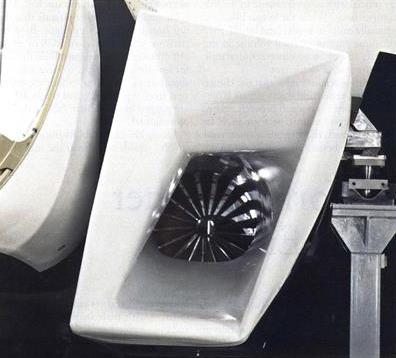 Boeing’s F/A-18E/F uses a slightly different approach to engine RCS suppression than full-on stealth aircraft. The Super Hornet uses a blocker—a set of vanes in front of the engine face which are covered in magnetic resonance absorbers—to absorb inbound radar waves and block them from reaching the fan. The blocker and engine are also partially offset from the front of the intake.

Stealth is usually associated with shaping, but materials play an important role in the technology as well. Radar-absorbent materials (RAM) and other low-observable material techniques are vital for suppression of radar returns from engines and antenna cavities as well as suppressing returns from edge diffraction and surface waves. In the third part of Aviation Week’s State of Stealth series, we turn our attention to this material side of stealth technology and present this gallery as a supplement highlighting some of the past and present material approaches to reducing radar cross-section.​

Read the State of Stealth series:

Part 7: The Future Of Survivability

Part 5: The Physics and Techniques of Infrared Stealth

Part 4: State Of Counterstealth Technology On Display At Airshow China

Part 3: The 'Magic' Behind Radar-Absorbing Materials For Stealthy Aircraft