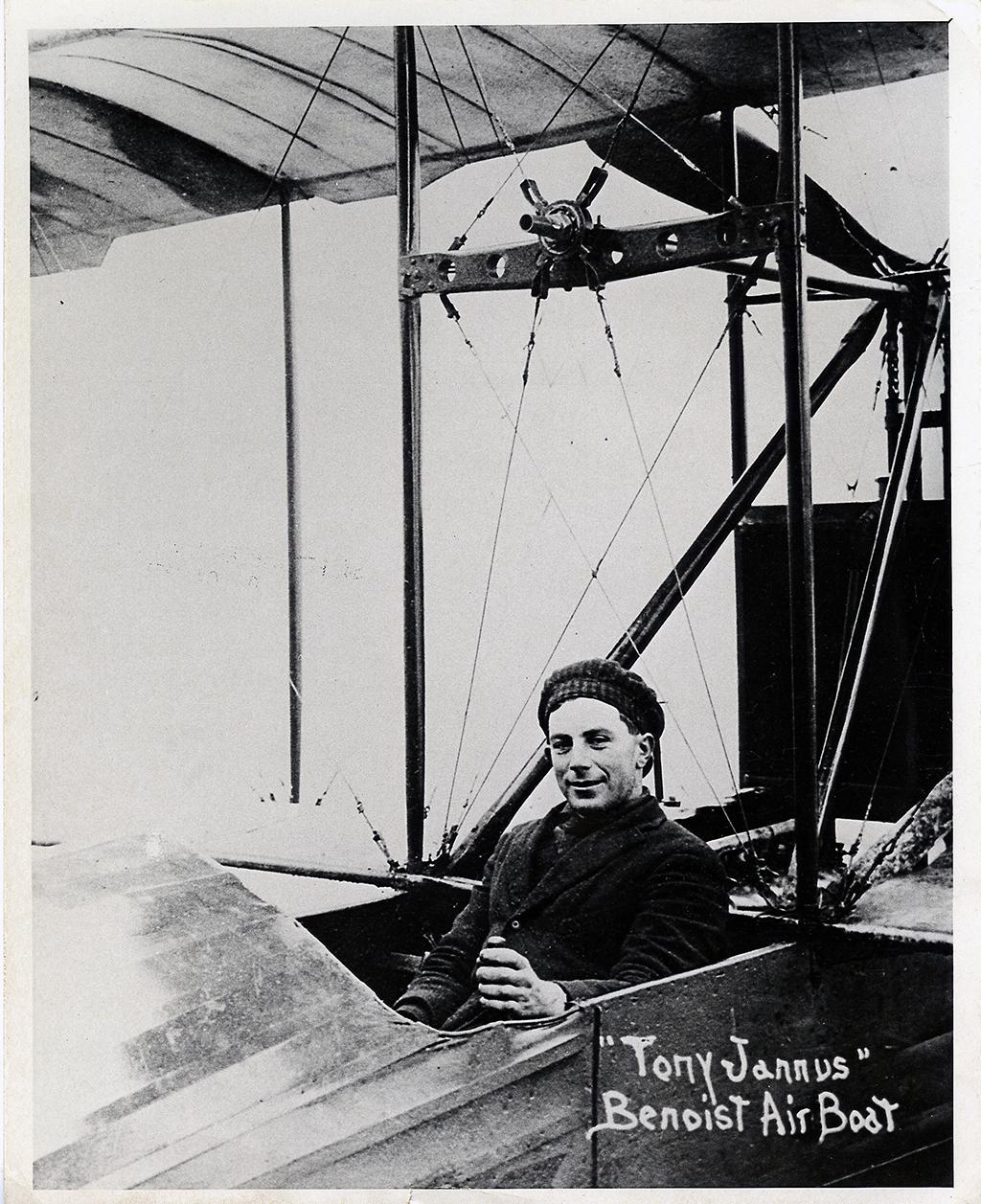 On Jan. 1, 1914, Tony Jannus became the world’s first airline pilot, flying his first paying passenger on a 23-min. flight from St. Petersburg to Tampa in Florida on a Benoist XIV, the first scheduled Airboat Line service. A century later, there are over 130,000 airline pilots flying around the world. 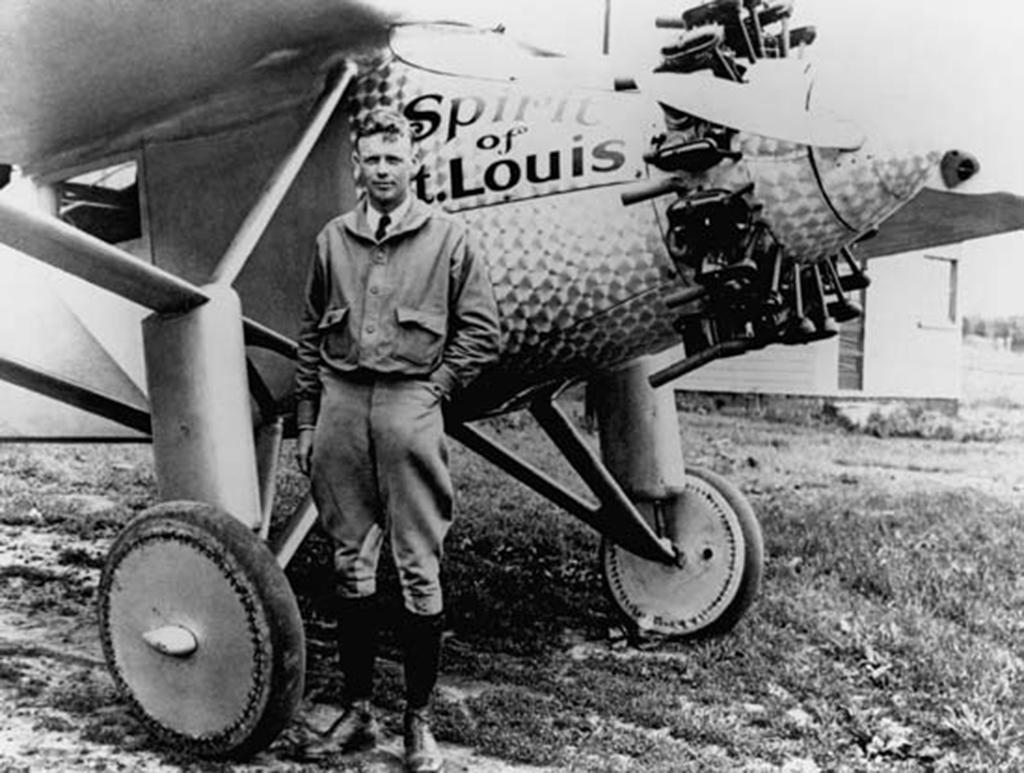 First Aviator To Fly Across the Atlantic

The first person to make a solo transatlantic flight, Charles Lindbergh took off in the Spirit of St. Louis, a single-engine Ryan monoplane, from Roosevelt Field near New York on May 20, 1927, and flew 33.5 hours, landing at Paris-Le Bourget airport on May 21. In successfully completing the flight, 25-year old Lindbergh won the Orteig Prize, which was launched in 1919 in search of the first successful nonstop flight made between the two cities. Lindbergh’s achievement raised the profile and popularity of air travel worldwide and stimulated broader industrial interest in larger, more capable aircraft. 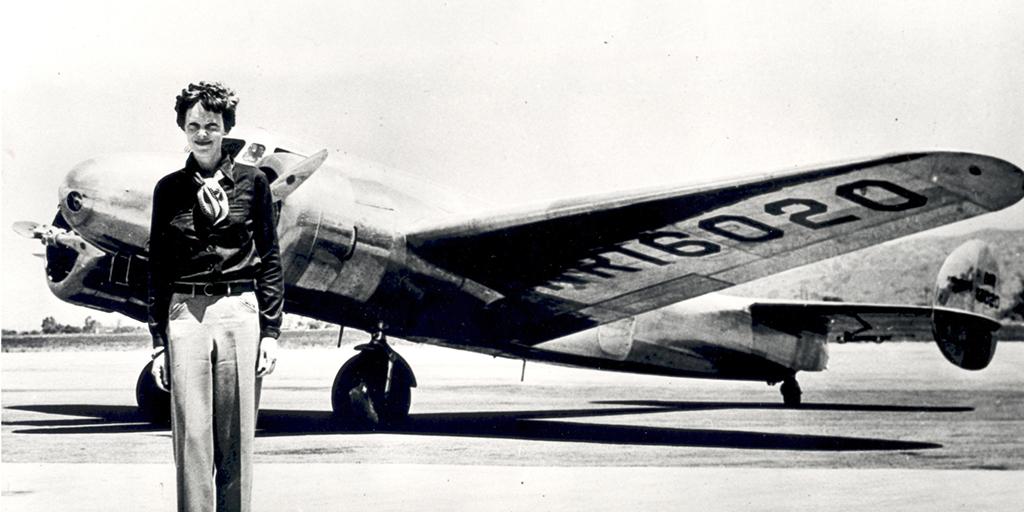 First Female Aviator To Fly Across the Atlantic

Exactly five years after Charles Lindbergh’s solo transatlantic flight, on May 20, 1932, Amelia Earhart set off from Harbour Grace, Newfoundland in her Lockheed Vega. Originally intending to land in Paris, bad weather and mechanical problems forced Earhart to instead touch down in Londonderry, Northern Ireland. The 14-hr., 56-min. flight put Earhart in the history books as the first female to fly solo across the Atlantic. Like Lindbergh five years earlier, Earhart’s adventure sparked interest in aviation on both sides of the Atlantic and underlined the potential for long-range air transport. Even today, Earhart’s legacy continues to serve as a role model for female aviators. 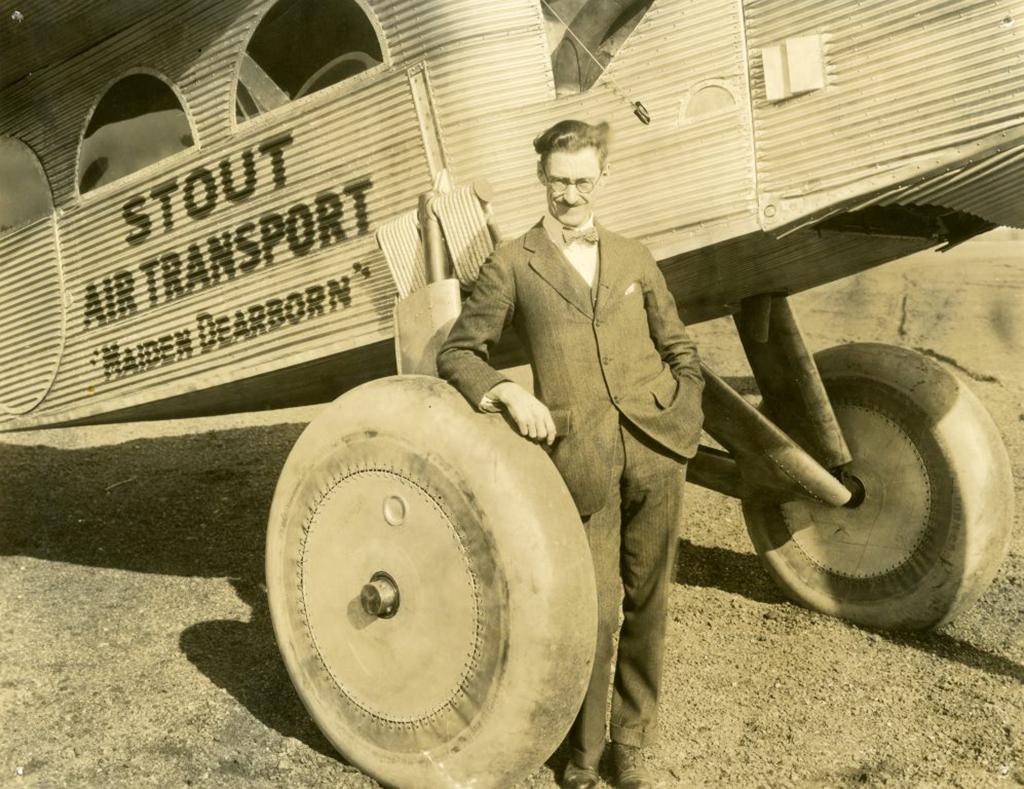 Designer of the Ford Trimotor

An all-metal design, the Ford Trimotor played a key role in convincing the public that air travel could be safe and practical. Designed by aeronautical engineer William Bushnell Stout, the three-engined aircraft, also known as the Tin Goose, first flew in 1926. Stout also designed the first low-aspect-ratio flying wing aircraft. Flown in 1918, the Stout Batwing became the first early example of a blended wing fuselage in the U.S. 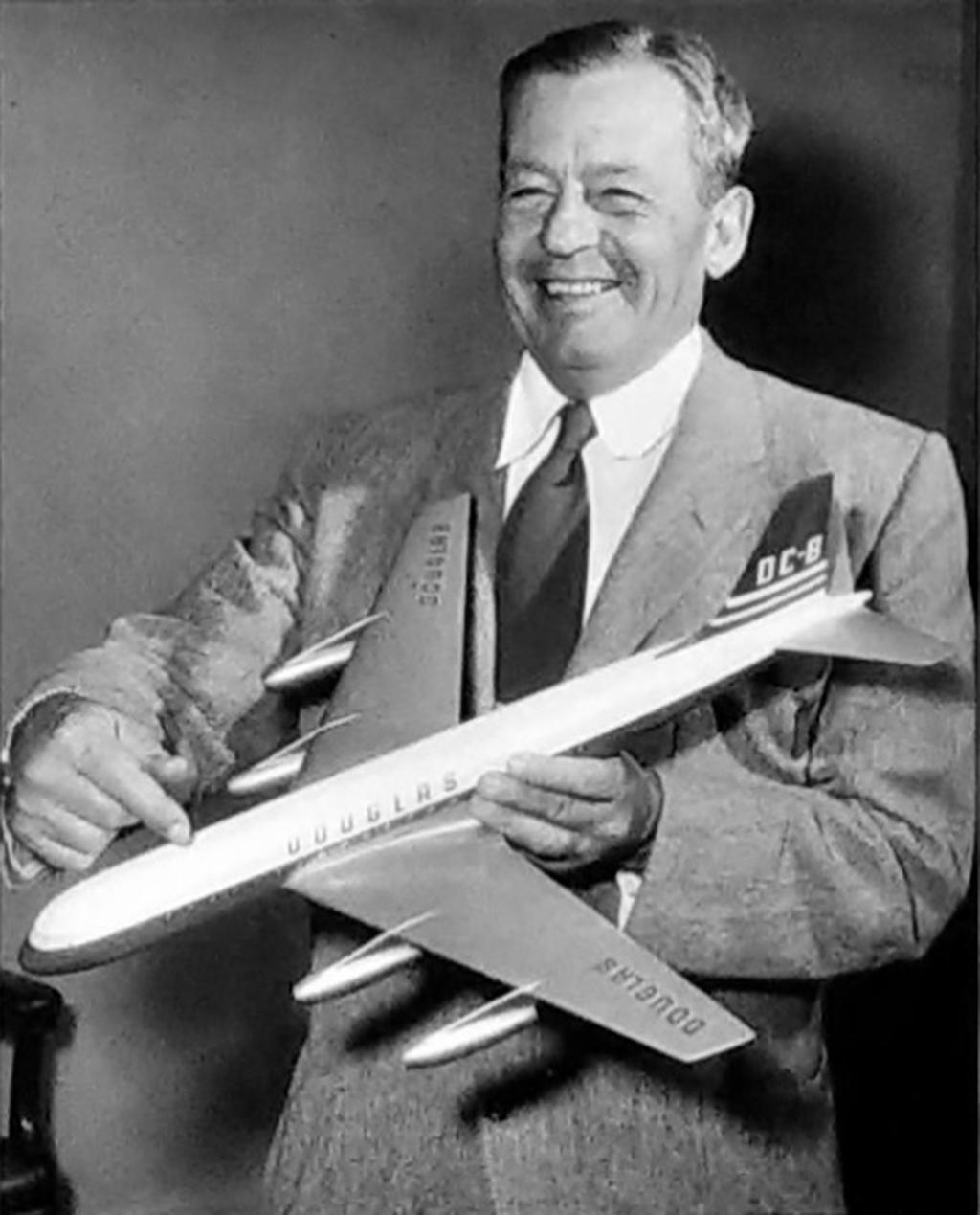 Following stints at the Connecticut Aircraft Co., Glenn L. Martin Co. and U.S. Army Signal Corps, aviation pioneer Donald Wills Douglas formed a partnership with millionaire sportsman David Davis. The Douglas-Davis Co. built the Cloudster biplane, which first flew in 1921 but failed to complete the nonstop transcontinental flight for which it was designed. After the company was dissolved, Donald Douglas went on to found the Douglas Aircraft Co. in July 1921. The contract award to build the DC-1 in 1932 launched Douglas on course to become one of the most successful commercial piston and jet-powered aircraft manufacturers. The combined McDonnell Douglas company merged with Boeing in 1997. 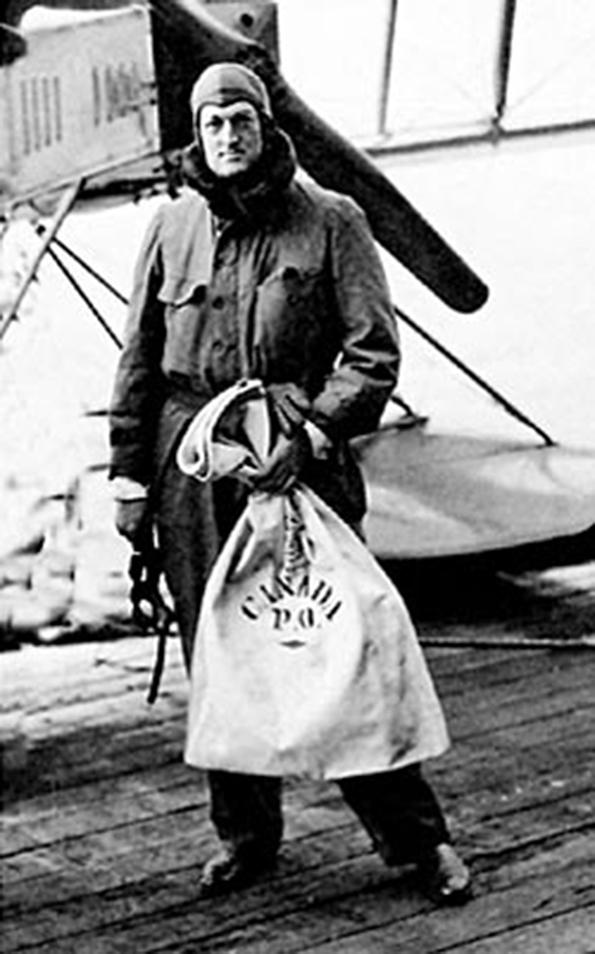 In 1909, the young William Boeing purchased a trainer aircraft from Glenn L. Martin Co. but was disappointed in the manufacture and repair of the airplane. “We could build a better plane ourselves and build it faster,” he told his friend and naval engineer, George Conrad Westervelt. Together, they cofounded the Pacific Aero Products Co. and built the company’s first aircraft, the amphibious single-engine B&W Seaplane, which first few in June 1916. The company’s name was changed to Boeing Airplane Co. when America entered World War I in 1917. Boeing focused on building commercial aircraft after the war and went on to become the largest manufacturer of airplanes in the U.S. 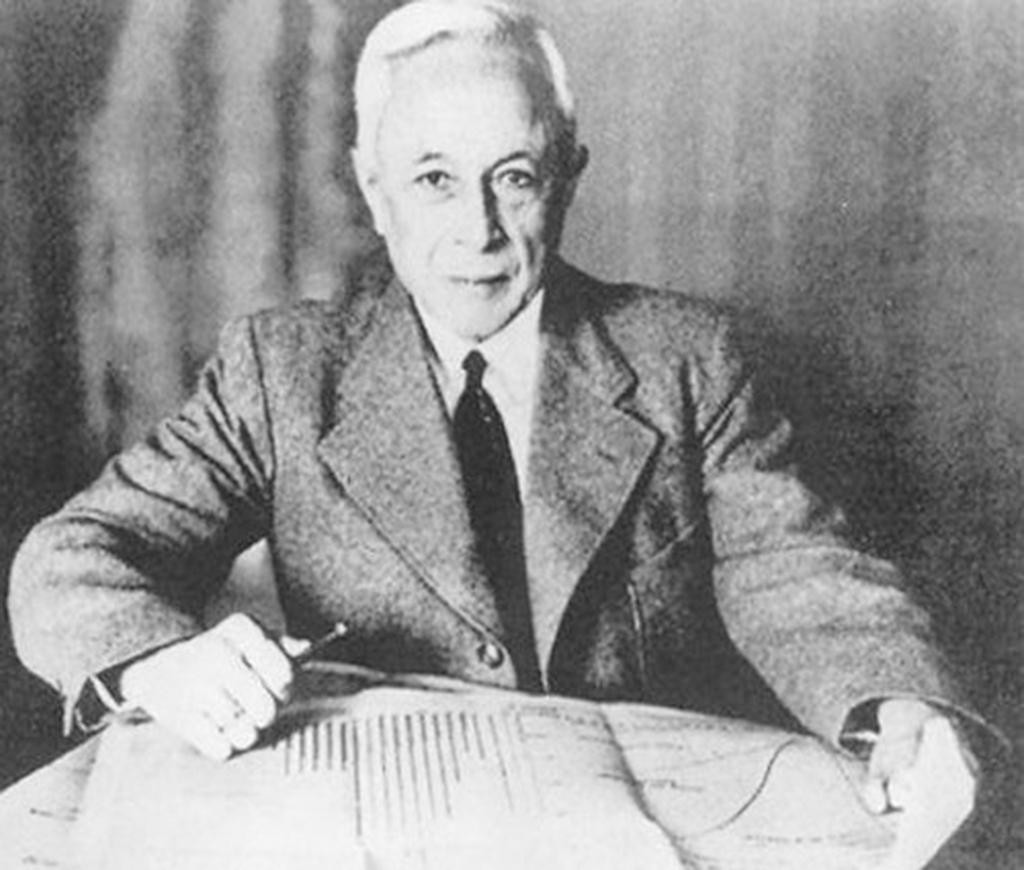 Inventor of the All-Metal Airplane

At the age of 50, Hugo Junkers, a German manufacturer of heating appliances, took an interest in aviation and aerodynamics and began to design a monoplane in 1910. The J1-Blechesel, with its corrugated sheet-metal skin, first flew in January 1916 and was the world’s first all-metal aircraft. The structural design was evolved for larger aircraft such as the F.13, and eventually copied by several European and American aircraft builders, including the Ford Motor Co. 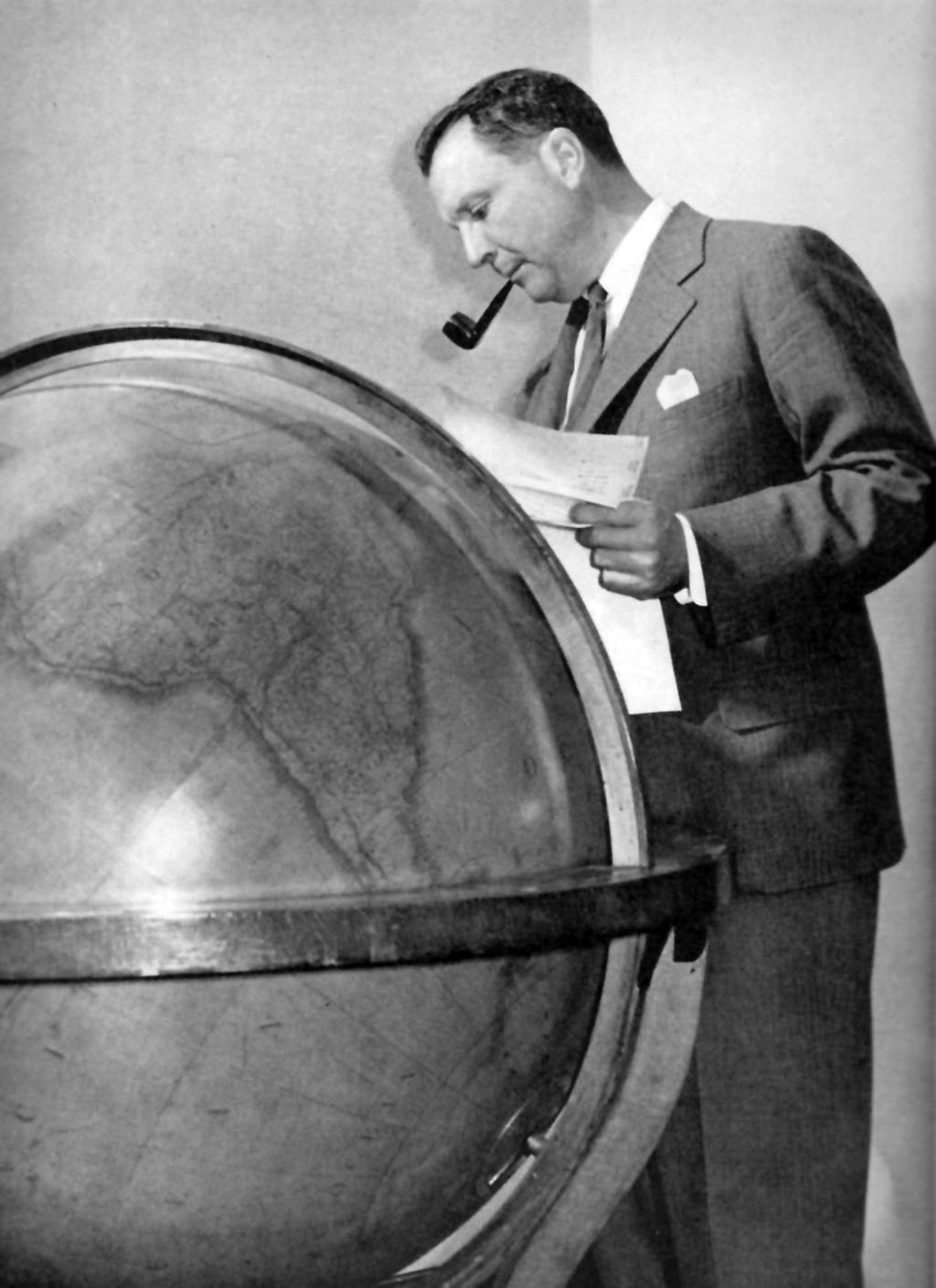 Juan Trippe became a serial airline entrepreneur in 1922, when he raised money from his old Yale University classmates by selling stock in Long Island Airways, a new air-taxi service for the wealthy contacts he had collected while working on Wall Street. In 1926, shifting his attention to the early U.S. airmail service, he founded Colonial Air Transport and later launched a passenger service between New York and Boston. Noting that the Caribbean was an open market for commercial air transportation, Trippe created the Aviation Corp. of America in October 1927 and launched services between Key West, Florida, and Havana in a Fairchild FC-2.  The company’s name soon changed to Pan American Airways, and Trippe hired the aviator Charles Lindbergh to run the airline’s operations. Because of Pan American’s phenomenal growth, Trippe is regarded as the godfather of tourist travel in the airline industry. Recognizing the benefits of jet aircraft, Trippe asked Boeing in 1965 to design an aircraft much larger than the Boeing 707. “If you build it, I’ll buy it,” said Trippe to Boeing’s president, Bill Allen. Trippe’s Pan American Airways became the first customer of the iconic Boeing 747, which began commercial operations in January 1970. 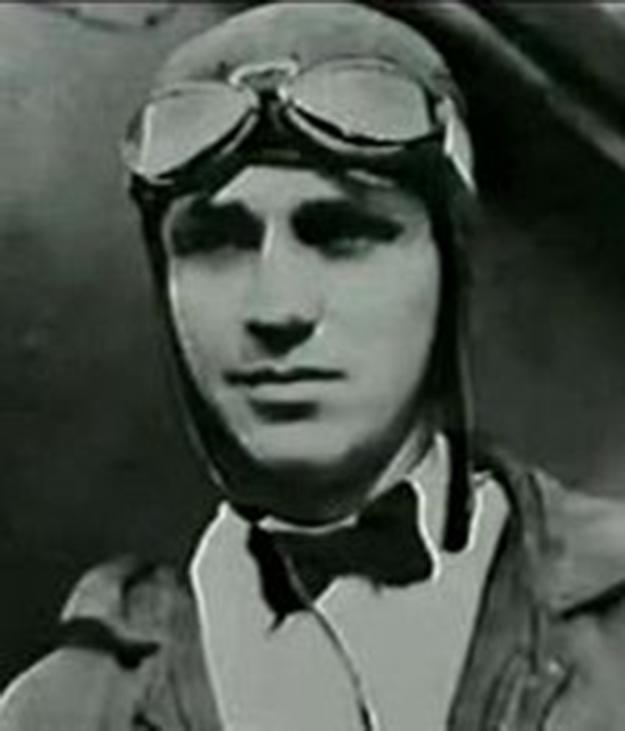 Pilots around the world today rely on standardized aerial charts for navigation thanks to Elrey Borge Jeppesen. When Jeppessen joined Boeing Air Transport in 1930, pilots used road and railroad maps to navigate. Jeppesen changed that when he started noting details of his routes in his “little black book,” sharing copies with his fellow pilots. He founded Jeppesen & Co. in 1934 and formally began selling route information and charts to pilots for $10 a copy. 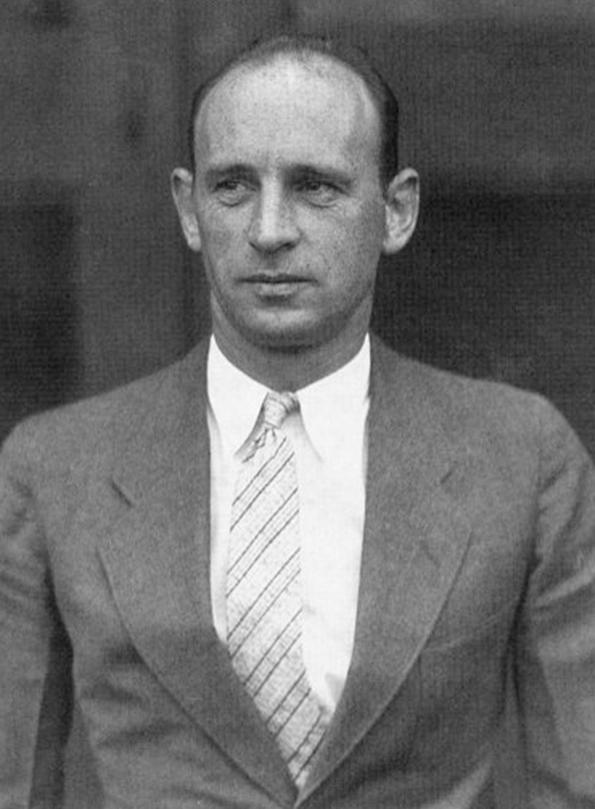 One of the most unsung heroes of commercial aviation, Fred Weick helped revolutionize air transport by designing low-drag engine technology while working for the National Advisory Committee for Aeronautics. His textbook on propeller design became the model for propulsion engineering, winning him the prestigious Collier Trophy in 1929. 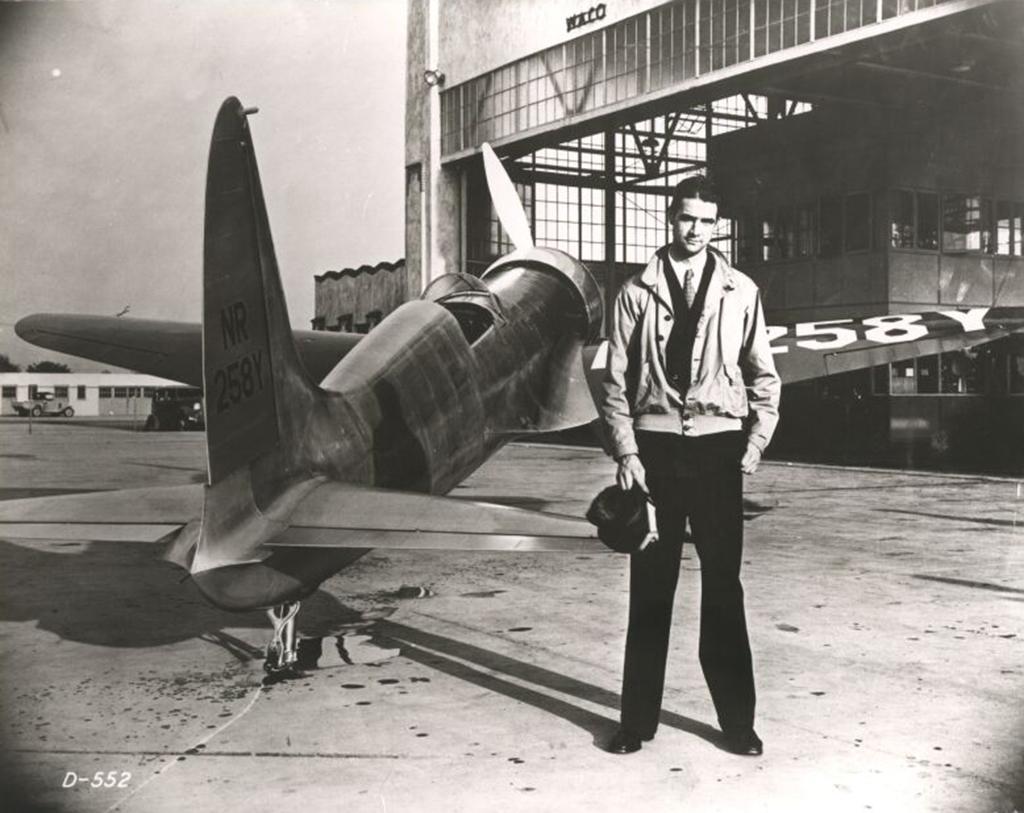 A Man with Deep Pockets

The design and build of the iconic Lockheed Constellation was instigated by Howard Hughes, a major shareholder of Trans World Airlines, who wanted a 40-passenger transcontinental airplane for the carrier. The “Connie” superseded Lockheed’s efforts on the proposed Excalibur, which was abandoned so that designers, including Kelly Johnson, could focus their efforts on fulfilling Hughes’ requirements. 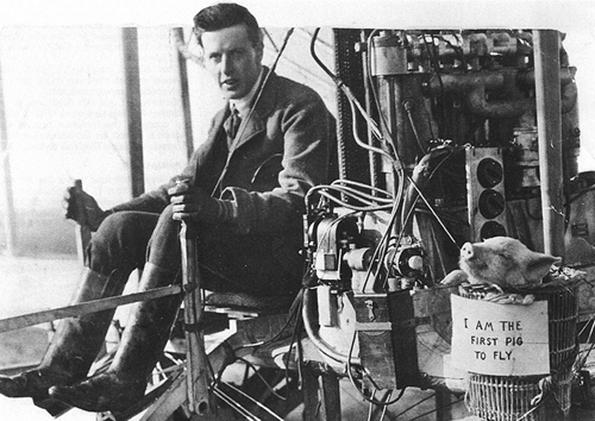 Three years after the Wright brothers piloted the first powered airplane in the U.S., aviators were making history across the pond. In May 1909, John Moore-Brabazon became the first Englishman to pilot a heavier-than-air aircraft when he flew his Voisin biplane on the Isle of Sheppey, England. Later that year, he operated what may well have been the first live cargo flight when he transported a small pig in a basket tied to the wing-strut of his airplane, proving that pigs could indeed fly. In 1942 he oversaw the Brabazon Committee to guide post-World War II British airliner development. The far-reaching effects of this approach included the development of several Brabazon-derived designs of which arguably only the Viscount turboprop airliner was considered an outright international success. 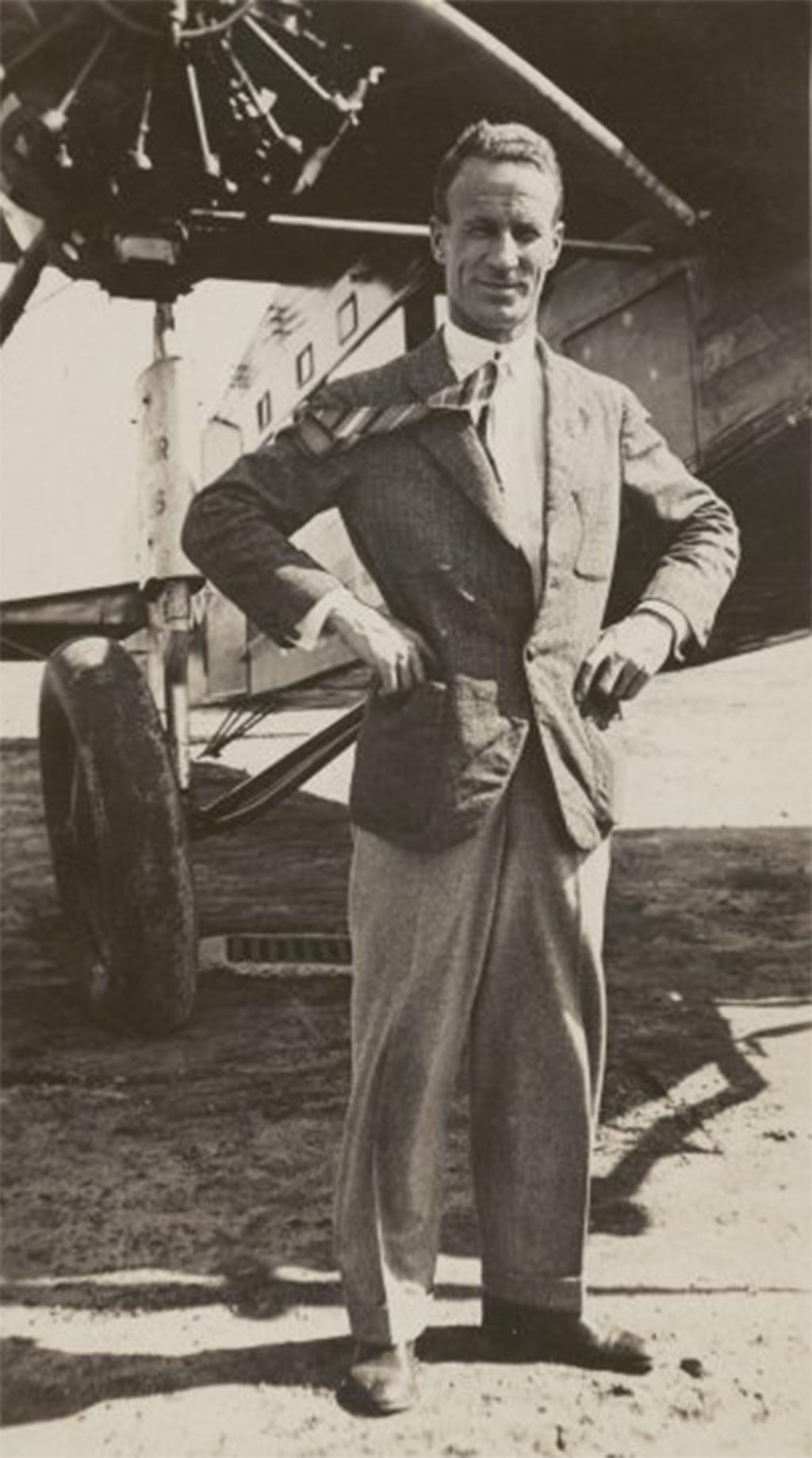 Australian-born Charles Kingsford Smith and his four-man crew set a record in May 1928 when they made the first flight from California to Brisbane, Australia, in a Fokker F.V11 monoplane. The three-stage, 7,238-mi. flight took 82 hr. to complete. Before his epic adventure, Smith became one of Australia’s first airline pilots when he was chosen to fly for West Australian Airways in 1921. 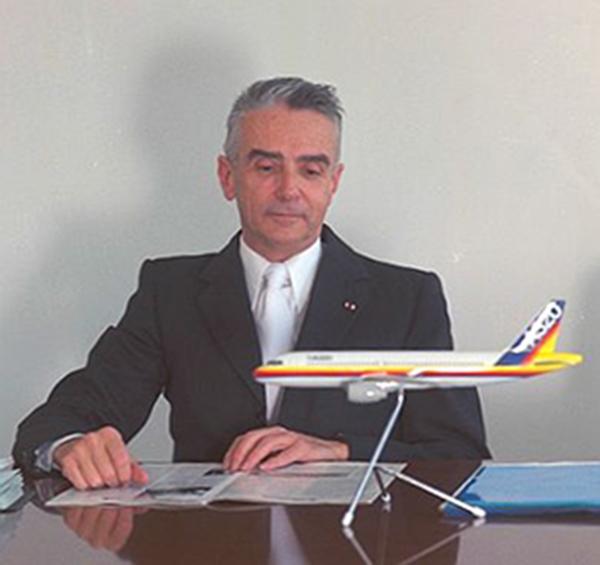 By the 1960s, Europe had produced small short-medium range twinjets, but the market for larger jets was dominated by U.S. manufacturers. Enter Roger Beteille, an engineer for France’s Sud Aviation, who had, until 1967, designed nuclear missiles and France’s first satellite. Before that he was in charge of flight testing for the Caravelle. In 1967, he was charged with designing a big twinjet for Sud Aviation. Instead of working in isolation, Beteille gathered multinational European partners to work on the new airplane project, and a 300-seat airplane with two Rolls-Royce engines began to take shape. Beteille was instrumental in the birth of Airbus and the adoption of the fuselage cross section for the A300 which was subsequently used on all widebody Airbus aircraft until the A380. 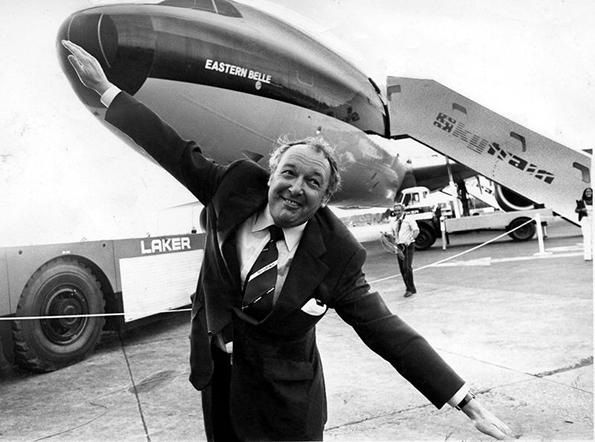 Affordable air travel for the masses became a reality when Freddie Laker formed Laker Airways in 1966, offering a no-frills charter service from London’s Gatwick Airport. As well as introducing the “Skytrain” DC-10 service across the North Atlantic, he also pioneered a major reduction in engine maintenance costs when Laker Airways used a reduced thrust takeoff technique, resulting in less wear and tear and fuel consumption. 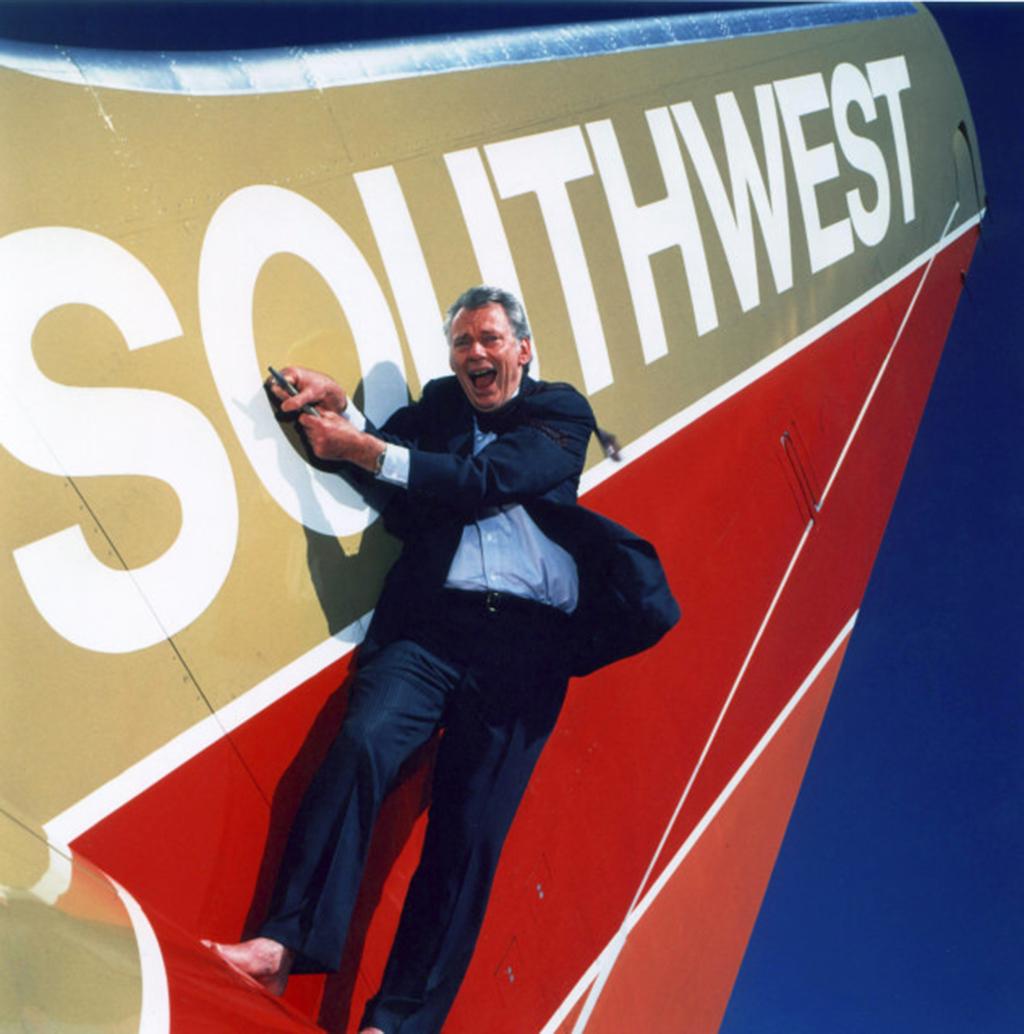 What is now the world’s largest low-cost airline, Southwest Airlines, was famously created on the back of a napkin by Herb Kelleher, who eliminated ancillary services from the basic fare and utilized secondary, nonhub-and-spoke airports to offer some of the lowest fares in the U.S. His airline became famous for what would today be considered a politically incorrect selection of cabin crew, including a bevy of long-legged dancers and cheerleaders dressed for work in hotpants and go-go boots. 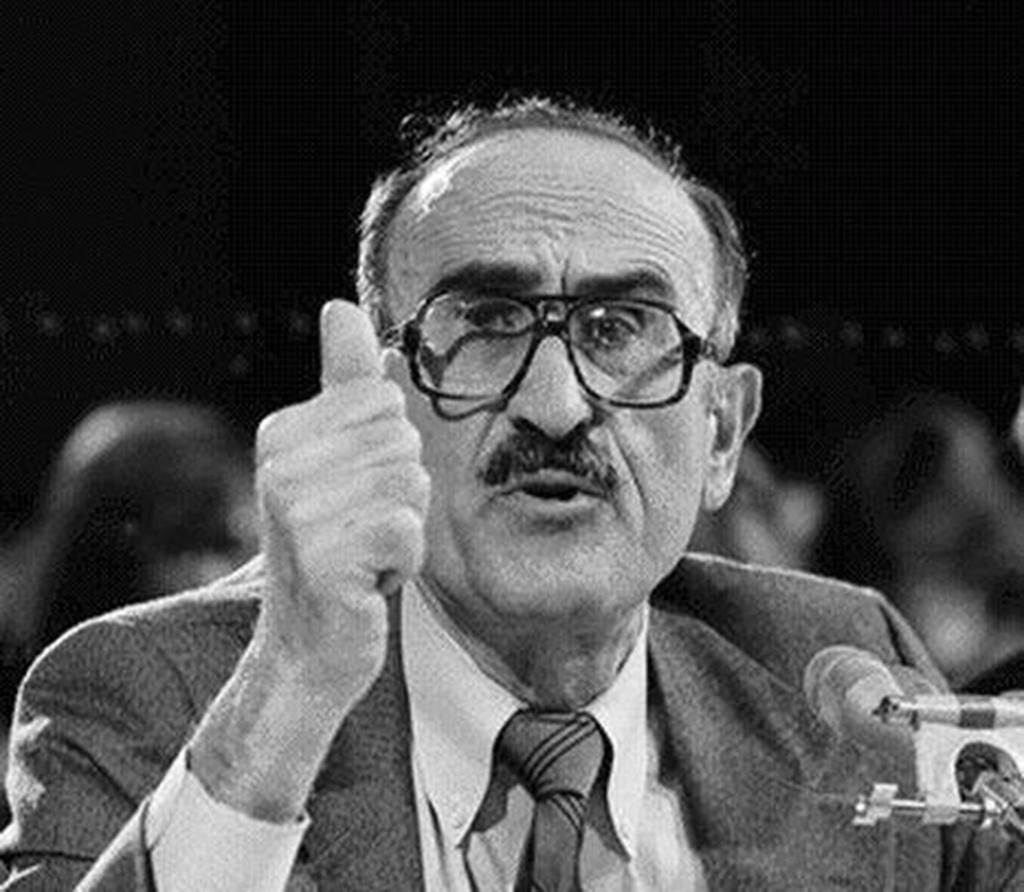 As an economist, Alfred Kahn strongly believed in the marginal-cost theory. When he became head of the Civil Aeronautics Board (CAB) in 1977 he became a staunch advocate for airline deregulation and dismantling of red tape, arguing that competition would make flying easier and cheaper. Deregulating the power that the CAB had over U.S. airlines, including setting ticket prices and approving schedules, paved the way for low-cost airlines to enter the market and passenger choice finally became a reality. His success was so great that it encouraged deregulation across both sides of the Atlantic.

Since the Wright Brothers, a long list of pioneering individuals have influenced and shaped commercial air transport. Their ideas, bravado and vision have played a key role in the advancement of today’s airline industry and the profound impact it exerts on global socioeconomic development. Here we look at some of the more notable characters from that history as part of a series of special Centennial editions to mark the 100th anniversary of Aviation Week & Space Technology:

Guy is a Senior Editor for Aviation Week, based in Los Angeles. Before joining Aviation Week in 2007, Guy was with Flight International, first as technical editor based in the U.K. and most recently as U.S. West Coast editor. Before joining Flight, he was London correspondent for Interavia, part of Jane's Information Group.